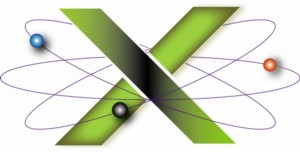 X Labs, Google’s underground science lab, has been working on secretive projects as of late. However, a few days ago, big news came from the lab: there have been some astounding discoveries when using computers to access the human brain.

X Labs has already had several accomplishments, such as self-driving card and eyewear that augments reality. This time the lab created something much larger than its previous inventions: a neural network that connects 16,000 computer processors. The network was then released onto the Internet as part of the experiment, and by the end, it could recognize cats.

The team gave the network over 10 billion images of cats from randomly selected YouTube videos. The result was that the program doubled its accuracy in identifying cats from a list of over 20,000 objects.

Though identifying felines doesn’t seem to be a grand feat, it was more than the scientists expected. The research collected also suggests that specific neurons in the brain are trained to find specific items. “We never told it during the training, ‘This is a cat,’” Jeff Dean, X Lab scientist, told the New York Times. “It basically invented the concept of a cat.”

Because of the falling costs of computer technology, many projects that were once out of price ranges are coming to fruition, noted the New York Times. Machines are getting better at translating and using algorithms. Coupled with the falling prices, the world may soon see many advances once thought to simply be science fiction.