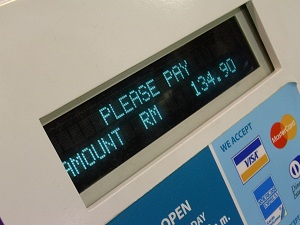 Twitter’s only becoming more popular, and their recent price increase for many of their paid services lets the rest of us know that they are aware of that fact.

Twitter’s new price to promote a trend – such as #CocaCola – has now increased 33% to $200,000. The price hike was discussed earlier this year but Twitter only started advertising it earlier this month. When Twitter launched their paid promotions in 2010, the price was a mere $80,000 to get your name on the side of millions of Twitter feeds.

The main use of paying for a brand trend is raising awareness about your company. These promoted trends appear in the section to the left of your Twitter feed, and the promoted trends always have a yellow arrow pointing at them.

Large companies are obviously the only ones that can afford this kind of marketing, and many companies have stepped up over the past two years to take advantage, such as HBO, JetBlue, and Samsung.

This move was made right before the announcement that Twitter plans on going public before 2015. Considering that this move could potentially bring in an extra $73 million in revenue this year alone (if they sell one promoted trend a day), Twitter may go public as early as next year.

So if you want to get in on promoting your company name on Twitter, now’s the time before the price takes yet another hike.