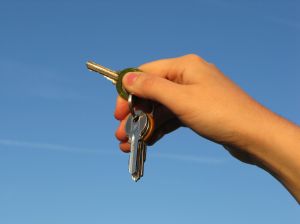 Though it’s not required, Apple now has a new two-step verification process for Apple IDs.

This new verification pops up when you try to purchase something from the iTunes or App store on a device that’s never used your account before. This service is available on most Apple devices, though it hasn’t found its way over to the standard Mac computer just yet.

When you try to purchase something using either the App store or iTunes, a system now can send a four-digit code to your phone via text message. This new code is used to enter your account in addition to entering your password. Unless a hacker or scammer has also gotten a hold of your phone, this new security should, in practice, stop anyone from buying anything under your name.

A little less than a year ago, Apple decided to require security question answers for online accounts, something that many people had been asking for over the years. However, two-step verification is coming into play to replace the security questions.

“Apple takes customer privacy very seriously, and two-step verification is an even more robust process to ensure our user’s data remains protected,” blogged an Apple spokesperson. “We are now offering our users the choice to take advantage of this additional layer of security.”

The feature is currently only available in the US, UK, Ireland, Australia and New Zealand, the top five places where IDs are stolen and used for illegal purchases.

Now, if you’re one of 500 million active users that Apple has now acquired, you’ll be able to feel even more safe when accessing the stores you have come to know and love.