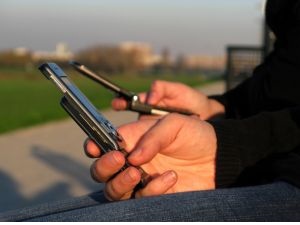 In the past few days, the attacks have been more focused than ever. Anonymous, saying they are acting as a “hacktivist” group, destroyed and defaced the country’s Twitter and Flickr accounts yesterday.

Some of the tweets and posts make fun of Kim Jon-un, North Korea’s leader. Some of the pictures posted were a bit more serious, and told followers than Jon-un “let his people starve” and “wasted tons of money on useless things.” Most of the photos posted showed Kim Jon-un as a pig. The graphic with “We are Anonymous” was also posted on both social media webpages.

Anonymous also allegedly hacked and took control of the North Korean news website, Urminzokkiri.com. The Flickr, Twitter, and news website are all now inactive. Many say the website is down not out of choice, but because Anonymous enjoys inflicting distributed denial of service attacks, which involved spamming a server with so much information that it overloads and goes offline. Wells Fargo and other banks have suffered from similar denial of service attacks in the past few weeks from other hacking groups.

Anonymous’ members were not shy about telling the world about how they stole the data and accessed North Korea’s Intranet. The key: dialup lines and WiFi repeaters using proprietary frequencies.

Anonymous says they will continue to hack the country’s websites and government-owned information until North Korea gives in to their demands:

– N.K. government to stop making nukes and nuclear threats
– Kim Jong-Un to resign
– Installation of a free direct democracy in North Korea
– Uncensored internet access for all the citizens

Most say that North Korea is unlikely to give in, especially with tensions rising due to its newly declared “state of war” against South Korea.