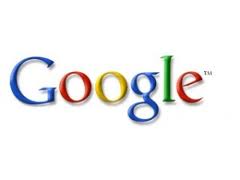 Google Chrome updated iOS yesterday to catch it up to the browser-based version as well as the Android version, and the results are quite promising.

Ten days after Chrome’s fifth birthday, the browser has upped its game significantly when it comes to its voice-activated search. Earlier this year, Google announced that they would be working on a new program that allowed you to speak to any version of Google’s search engine and pull up custom results without having to leave the search screen. These results included pictures, reviews, ratings and even menus for local restaurants when such a search is conducted. In addition, simply saying “okay, Google,” would activate any search on any phone or computer without having to press a button.

Although Google is still working towards its vision of a search engine that doesn’t even need to take you off the page to give you quality results, several steps have already been implemented. For example, when a local business is searched for – “casinos near me” – Google now responds with a window that has a black bar of available locations at the top. A single click will lead to a pop up on the search page itself that lends reviews, impressions, and Google+ page activity.

Earlier this month, Google has stepped up their game even more with a new version of their voice-activated commands. Namely, the search now recognizes pronouns.

While the search isn’t perfect, it’s certainly better than any other voice-recognition software that other companies in Google’s market has to offer. For example, if you want to know Madonna’s real age, you can simply ask Google, “How old is Madonna?” Not only will the search engine reply with a text box with her birth date and age, it’ll say it out loud to you as well.

From there, you can simply ask questions like, “When was her first album released?” or “Where was she born?” and the search engine will know you’re talking about Madonna without hearing her name again.

The technology fails when there is more than one pronoun in a sentence. For example, if you want to know whom the San Francisco Giants are playing tomorrow night, you can ask that and Google will bring up a schedule for you. However, if you ask “Who’s pitching for them?” the search engine gets confused and won’t always return the right answer.

The other new feature worth mentioning is that there is now a built-in data cost-savings calculator in the mobile versions, though this feature hasn’t been released to all users yet.

New changes are coming to the search world, and Google is currently leading the charge in at least one area.