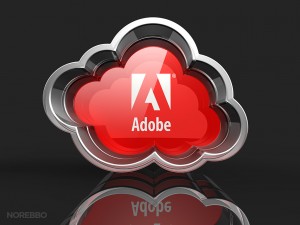 Photoshop Elements and Premiere Elements have been re-released and are now geared more towards hobbyists and those who aren’t all that great at graphic design, including small business owners and those who wish to learn more about Photoshop. Photoshop Elements and Premiere Elements, both on their 12th version, now incorporate cloud-based functionality. In addition, the editing experience has changed, and the tutorials have improved significantly. “Our customers have a lot of photos and videos, and they love to use their home computers to organize them and be creative, but they also want the freedom and flexibility to view, edit, and share on their mobile devices,” Vice President of Photoshop, Lea Hickman, indicated in a statement. “Photoshop Elements 12 and Premiere Elements 12 will provide customers with the best of both worlds quickly, easily, and at their discretion.” Along with the new features above, the new Photoshop programs also have Mobile Albums, which allows photos and videos edited in the programs to be shared across a number of different platforms, including laptops, desktops, and tablet computers. If you really don’t know what you’re doing, but would like to take a shot at editing something anyway, both programs now feature something called Guided Edits. This provides step by step instructions on how to add a certain effect to a photo, include restoration and colorization. Photoshop Elements also gained a couple of features, such as Content-Aware Move, making objects incredibly easy to move to a new position. Other features included in both versions of the program include Pet Eye Correction, one-click Frames, Effects, and a new Texture Tool, which fills in detected missing edges. Support for Mac has also improved. Both programs are available for $100, but upgrades will cost an extra $80. Or, you can purchase both for $150 and both upgrades for $120 if you already have a version of the program. For the moment, the program is not included in the Creative Cloud subscription, but Adobe’s plans for later have not yet surfaced.