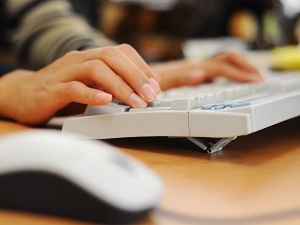 Another one of IBM’s studies has been released, and this time it included nearly 4,000 medium-sized business owners in nearly 70 countries. While 43% of SMBs that gave a response said that they are very good at integrating physical and digital strategy, 65% said that they felt like they have a “lack of a cohesive social media plan.” All participants said they would like to “engage customers via digital channels,” and around 45% actually have plans to start engaging potential clients with digital media. Business who do integrate the digital with the physical not only have a higher success rate, but a higher customer and employee satisfaction rate as well.

So how does a company start focusing on digital strategy without sacrificing their physical presence? Here are a few tips for any business.

The Ford Fiesta was launched without a ton of TV advertising, but a lot of hands-on and Internet advertising that worked together. Ford gave away 100 of their Fiestas for six months to 100 different social media experts and bloggers. All 100 of these people were then encouraged to share their experiences with the Fiesta online, and were told to tell the good, the bad, and the ugly. This stunt alone caused a nearly 40% rise of awareness in the target audience, and hundreds of Fiestas were sold on the first launch day. This is an excellent example of using both digital and physical strategies together harmoniously.

Your campaign, whether it’s print or not, can have a Facebook link on it. It can be something as simple as a URL or even a QR code that leads straight to a campaign built for those who specifically use that link to get there. With the popularity of smartphones, you’ll likely have a few people scan the code or go to the URL out of curiosity if nothing else. From there, you can have anything from a sweepstakes to a permanent secret feature. IBM has a videogame-like widget that can only be accessed via a special code found in their ads.

Use Online Interaction as a Way to Stand Out

It’s likely you have a bank that pushes their mobile app or well-developed online bill pay service. The online tools that banks have these days are extensive. While you probably don’t need anything quite as extensive as a worldwide chain of banks, having some online features for your clients is always an added bonus. For example, maybe the clients who use your online services can pay online or opt out of paper statements.

Your digital strategy is just as important as the strategy you use to reach out to potential customers in the physical world, and with the digital world expanding as technology progresses, now is the time to start integrating and using both to attract new customers.