What One Billion Gamers Can Teach You About Business, Technology, and Profitability 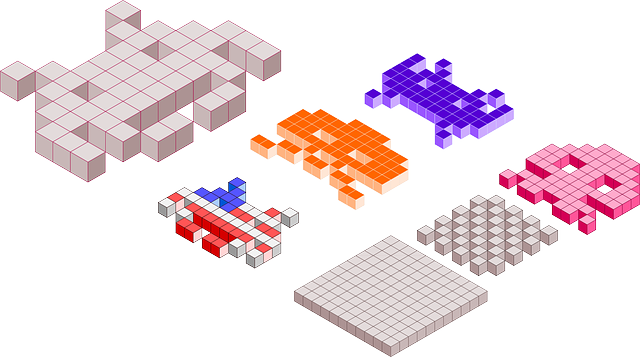 Never mind for a moment that the world’s gamers are the single largest market on the planet. For the time being, forget about the fact that if gamers were a country unto themselves, they would be the largest nation on earth, with an explosive growth rate. All of that is important to business, of course, and if you can find a way to tap into the interests of that market, you almost can’t help but be profitable.

Rather than focusing on the obvious, however, let’s instead spend time looking at gamers, not as a market, but as a group. That is important because the way gamers are with each other and the way they interact is extremely illuminating and can help your business in surprising ways. Here are some key attributes that games and gamers have that are invaluable to your business:

Gamers are Self Selecting

Gaming is a self selecting process. If a game is not interesting to a gamer, the game is simply not even considered for playing. Gamers know what they like, and their preferences and tastes absolutely guide their thinking.

Is your company self-selecting? Do you consistently attract the best and brightest minds in your industry, or do you tend to attract people who need some job, any job, and you happen to be a convenient choice? The difference in mindset is clear and compelling. It matters, not only in terms of productivity and customer service, but it’s also crucial to things like retention rates and job satisfaction scores. If your company is not self-selecting, what can you do to change that? Answer that question, and you will soar to new heights.

If you’ve ever played a web-based game, one thing that will strike you right off the bat is the sense of community and camaraderie. Complete strangers from all walks of life and from all parts of the globe are drawn together for a common purpose. By itself, that’s wonderful and remarkable, but the real magic begins when someone new joins the group (or community, or faction, or alliance…the terminology may change from game to game, but the behavior doesn’t).

What happens? The new guy is showered with gifts and attention. Veteran players who’ve been at the game for years will freely hand over hard won trophies gained from past exploits for no other reason than to share what they have and give the new guy a leg up and a head start in the world.

When was the last time a Department Head came down and personally bought lunch for a new hire: not on the company card, but paid for it out of pocket, just because. Or took him personally to meet with the owner of the company? Said hello in the hall and actually remembered your employee’s name, or the name of his kids? Can you imagine the loyalty such personal attention and generosity inspires?

One thing you’ll note right away about gamers is that they are quick to seek out expertise they’re lacking. Say for example, the gaming group is planning an assault on the Temple of Evil, guarded by the Troll King, and they know that Bob from Milwaukee (BobTheImpaler, in the game) has successfully finished that mission. They’re quick to ask Bob’s opinion and advice. How did his group accomplish it? What should they watch out for? Are there any unexpected surprises waiting for them? They may even invite Bob to come with them on their adventure, and he probably will!

You see, in the gaming community, it doesn’t matter if they’re in Business Development and Bob’s in Accounting. There are no turf wars in gaming. There are no artificial barriers to progress. Bob has the information they need, and they go ask, end of story. No needless hoops to jump through, no overprotective managers getting in the way, no forms to fill out or permission slips to be signed. They simply…talk. Without hindrance of any kind, and that’s actually encouraged.

If you want an “out-side-the-box” answer to a problem you’re having, ask a gamer. Why? This is because gamers are accustomed to thinking outside the box. They do it all the time because gaming requires it.

It’s usually suicide to attack the Temple of Evil head on. The fortress is too heavily guarded for that to be practical, but gamers are a cunning lot. They’ll probe the temple’s defenses till they find a weak spot. They’ll assess the unique talents of their team to figure out how to best exploit what they find, and then, as a team, they’ll storm the place and share the glory when they’ve won the battle.

Do you? Does your company encourage that sort of thinking, and do you share credit with the lowly tech support guy who had the brilliant idea that saved the company a ton of money, or is his name never even mentioned?

All of these things matter. They matter to a company’s culture, they matter to employee morale, and ultimately, they matter to your bottom line. If you want to thrive in tomorrow’s business climate, start hiring people with gamer mentality and let them do what they do.