Many Consumers Would Withdraw Business From Companies If Data Breached 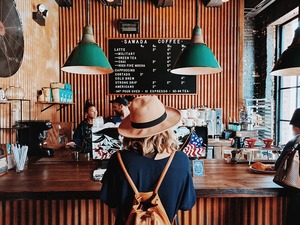 You've probably heard the phrase "the customer is always right" a thousand times. It's a truism in the business world, except when it isn't. A recent survey released by Gemalto reveals a dismaying dichotomy that's costing businesses around the world big money.

Only 27 percent of consumers surveyed feel that businesses do enough to protect customer data, and an overwhelming 70 percent of them say that they'd take their business elsewhere if a company suffered a data breach.

Unfortunately, most consumers have exceedingly poor data security habits, with 56 percent admitting to using the same password across multiple web properties and 41 percent failing to take advantage of stronger security measures like two-factor authentication, even when offered by companies.

That puts businesses, rather unfairly, in the crosshairs. They cannot make their customers take advantage of the added security offered, and given the statistics above, they are forced to have to spend even more money since most consumers won't take significant action to protect themselves or their own data.

Jason Hart, Gemalto's CTO, had this to say on the matter:

"In the face of upcoming data regulations such as GDPR, it's now up to businesses to ensure they are forcing security protocols on their customers to keep data secure. It's no longer enough to offer these solutions as an option. These protocols must be mandatory from the start - otherwise, businesses will face not only financial consequences, but also potentially legal action from consumers."

Digging more deeply into the details of the survey, we find that consumers trust social media sites the least when it comes to safeguarding their data, with 58 percent of respondents citing these companies as their biggest worry in terms of data security.

Curiously, 33 percent of those surveyed say they trust banks with their personal data, in spite of the fact that banks and other financial institutions are frequent targets and have suffered a number of high profile breaches in recent years.

Regardless, no matter what industry you're in, if you get breached, your customers are likely to punish you for it, even if you offer them means to make their data more secure.