New Windows 10 Updates Will Use 7 GB Of Space 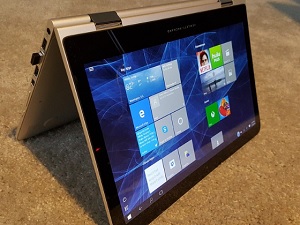 Microsoft has angered a portion of their user base with a change that's coming in the next build of Windows 10.  As of the next build, the OS will reserve a whopping seven GB of space on your hard drive, so that big updates don't fail for lack of space.  Unfortunately, the change means that the OS will really hog hard drive space. For many Windows 10 users, that's no big deal.  They have hard drives with plenty of storage space.

Sadly, that's not the case for everyone. If you're a Windows 10 user and your hard disk is on the full side, then having to reserve 7GB for your OS on top of the space it already occupies, may be a bridge too far.

Unfortunately, there's not really any way around it.  The change is coming, and if you turn off automatic updates, you run the risk of missing critical security patches.  The only real solution then, is to do some spring cleaning and purge old files that are taking up space on your current drive, and/or invest in some additional storage such as an external hard drive.

The good news on that front is that storage is incredibly inexpensive these days, so the investment won't break the bank.  Even so, it's a pity that it's going to be necessary for some users.

The coming change is likely to dis-proportionally impact low-income PC users who tend to gravitate toward value-priced PCs.  As relatively inexpensive as storage is, budget-priced PCs tend to skimp on hard drive space. Hardest hit will be the users of incredibly inexpensive 32GB flash-drive PCs, as the change will result in the loss of more than 20 percent of the total available storage capacity.

If you own a low-end PC that doesn't have a big drive, or if your existing drive is near capacity, be advised.  The change will impact you unless you take the steps outlined above.