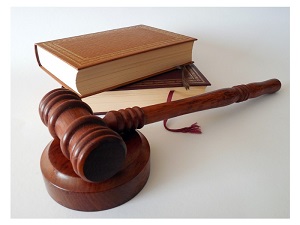 A recent court ruling handed privacy advocates a big, and much needed win.  Prior to the ruling, law enforcement officials were in the habit of compelling "persons of interest" to unlock their phones via their face scan or fingerprint so that investigators could examine it.

A US judge has now ruled that this is unacceptable, even in cases where there is a warrant in play.

The judge's ruling deemed that such actions were a violation of a person's Fifth Amendment rights against self-incrimination. That builds on earlier rulings that established a person cannot be compelled to hand over the passcode to unlock their phone.  This expands upon that line of thinking, providing the same protection for biometric security measures.

It's a sensible ruling, even if it complicates things a bit for law enforcement.  It is unquestionably a victory that has lifted the spirits of privacy advocates and watchdog groups.  Having said that, the victory is likely only a temporary one, as the ruling will no doubt be challenged by future cases as they make their way through the justice system.

The judge who made the ruling mentioned that our technology is outpacing the law, and this is not an idle statement.  He's absolutely correct, and that simple fact has left law enforcement agencies in the unhappy position of making it up as they go.

There are no simple solutions here. Sadly, more often than not, individual privacy is sacrificed in the name of the public good.  At some point, however, one has to imagine that there's a line.  We are likely to be wrestling with exactly where that line is for quite some time to come. Meanwhile, privacy activists do have reason to cheer, and that's good news for everyone.