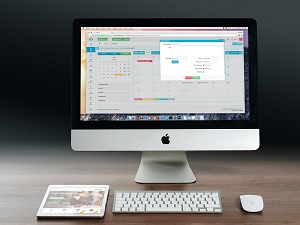 If you're a Mac user, you may have heard of the malware known as Shlayer. It first made headlines in the early part of 2018.

The malware is primarily used to install malicious adware on infected systems that spam an unreasonable number of popups. The popups generate ad revenue for the malware's controllers.

The malicious code recently celebrated its second birthday, and the hackers who developed it have been busy in that time. According to statistics gathered by Kaspersky Lab, Shlayer has found its way onto one in ten Mac systems, making it the most widely spread MacOS malware threat.

Shlayer finds its way onto target machines via a staggering variety of roads. Researchers have uncovered more than 700 poisoned domains that host the code. The code is linked to a wide range of legitimate websites including YouTube and in the footnotes of a variety of Wikipedia articles.

The main method of distribution, however, is via fake Flash Player updates that have infiltrated literally thousands of websites. The malicious code is also often found on websites that illegally stream sporting events and television shows. The illegal websites conveniently often feature ads that inform site visitors that they need to download a Flash update in order to watch the content they're interested in viewing.

One of the security researchers at Kaspersky Lab, Anton Ivanov, had this to say about the matter:

"The macOS platform is a good source of revenue for cybercriminals, who are constantly looking for new ways to deceive users, and actively use social engineering techniques to spread their malware. This case demonstrates that such threats can be found even on legitimate sites."

Indeed. Although the popular perception is that MacOS is much less prone to malware threats, as Shlayer demonstrates, it is by no means immune.

Reach out to us if you need more information or have any questions.