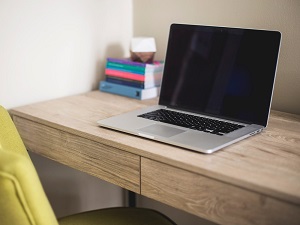 As you may have heard, Microsoft is getting out of the browser game. Recently, the company announced that they were redesigning their Edge browser, which never quite caught on and replacing it with Microsoft chromium edge.

Rather than trying once more to reinvent the wheel, the company has opted to build the re-imagined Edge browser on Google's Chromium technology.

More recently, however, word has filtered out that the company is developing a new "Edge Mode" that will allow the browser to render sites using the original Edge engine. Users will also be able to enable "Internet Explorer Mode" that will allow the Microsoft Chromium-Edge browser to emulate Internet Explorer, version 11. Both of these additions are targeted squarely at Enterprise users who may need the functionality to utilize web apps that were designed for Edge or Explorer.

It should be noted that no official word has come down from Microsoft about either of these features. The only evidence that they're being worked on comes from screenshots taken by beta testers. The screenshots are taken as they use the early builds of Microsoft's new browser in testing to design Microsoft chromium edge.

Despite the absence of any official word on the subject, these are very good changes that will give Enterprise users peace of mind. This allows them to continue to use their old web apps without needing to overhaul them for use with some other browser technology.

If your company isn't using such an app, you should know that the day is probably coming when you'll need to use it. At best, this change buys you a bit more time. Microsoft has been cleaning house in recent months, ending support for a number of their older pieces of software. It's only a matter of time before they pull the plug on Explorer altogether, so the clock is ticking.