What’s the Difference Between Deleting and Archiving Emails? 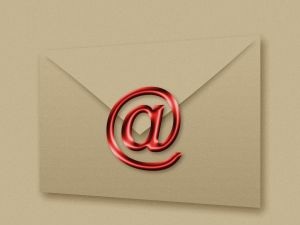 If you’re a busy business owner, you’re probably going through scores of emails every day. Email allows everyone to stay in touch, no matter where they are and what they’re doing. Email is essential in everyday business operations, but that doesn’t mean it’s perfect. With such a high intake of emails every day, there are often too many emails to remember, categorize, and go through. So how do we deal with the emails that we need to know about, but don’t need right now? We often delete them only to regret it later. However, there are other options, such as archiving.

Most email clients have the option to both archive and delete. Archiving is essentially moving an email out of your inbox into another folder where it won’t be deleted. You can access these files at any time to figure out what you have, and you can even color-code emails according to importance.

Deleting is exactly what it sounds like, and we’ve all probably done it. Simply put, you hit delete, and the email disappears forever. Sometimes there is a trash folder it remains in for several weeks, but eventually it is purged for space. After that, deleted emails are almost impossible to recover, no matter how important or unimportant they were.

So Which Should You Choose?

This completely depends on the email you have been sent. Spam, for example, is almost always safe to delete. However, any communication with any client, no matter how insignificant it may seem, should be filed away appropriately.

Email is a form of data, and any data for your business should be kept for auditing reasons. Even if you don’t think it will matter to an auditor, sometimes keeping record of something that didn’t seem important at the time will come up later (a form you don’t have a paper version of, for example, or communications with a client that comes back a year later to talk some more).

Obviously, you don’t want to keep every single thing that comes your way. But that doesn’t mean you shouldn’t file away anything that won’t be useful in some way, some day.