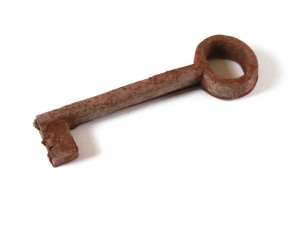 Even passwords we think are secure aren’t, a new Google study shows. In fact, passwords that may seem hard to guess to us may be the first passwords a hacker tries when trying to enter your account. Google’s new study of over 2,000 people aimed to figure out what passwords were being used, and the habits people had when it came to choosing passwords. While this guarantees most passwords will be different, the idea behind them when they are created is the same. Here are the most common password habits:

2. A notable date, such as a wedding anniversary

8. Something related to your favorite sports team

9. The name of a significant other

As you can see, the only actual password on the list is the word “Password.” However, the rest, while they may be unique to you, are easy to guess when someone wants to enter your account. It’s likely your child’s name is somewhere on your Facebook, and you probably often support your favorite sports team on your Twitter. Finding out where you were born is as easy as an Ancestry.com search, as is finding a wedding anniversary or family names.

While it may not be practical to try and guess all of these passwords when a hacker is trying to enter several accounts if they are trying to steal your identity, then using a more personal approach is only logical. The study revealed a few other interesting facts, including that nearly half of us share our passwords with others. In addition, 3% of survey takers write their passwords down on a sticky note and post it close to the computer they work. If you wouldn’t leave your door unlocked at night, then you shouldn’t write your password on a sticky note.

Strong passwords will have a combination of letters and numbers, and they shouldn’t be straight dates or names. Mixing up letters and numbers so they resemble something you can remember easily is safer. Having a password that has no relation to you or the people around you is safest. Remember, a safe password is the first key to Internet security, and you should encourage your employees, as well as friends and family, to avoid passwords that involve the things and people closest to them.