Do Androids Dream of Electric Sheep? The SciFi Concepts Which Soon Might Be Your Business 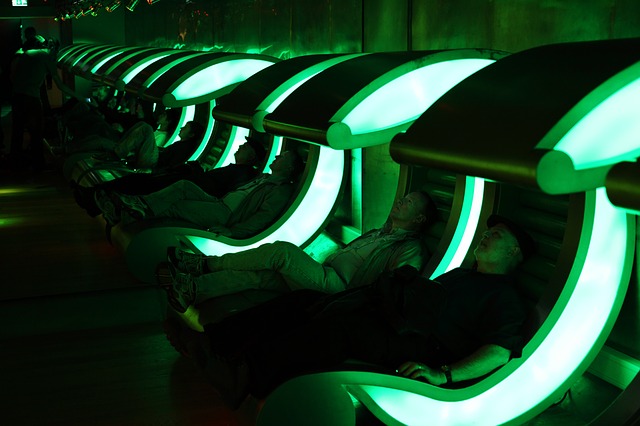 In many ways, Star Trek invented the world we live in today. Don’t believe me? Go back and watch a few episodes of the original TV show. You’ll see the communications officer wearing something that could pass for a Bluetooth device today. You’ll also see floppy disks (already here and gone the way of the dinosaur), handheld/tablet devices, and a whole array of other techno-gadgets that were thought to be fantastical enough in their nature to delight audiences around the world. They certainly did that, and what’s more, the trend continued in the show’s successor, Star Trek, the Next Generation.

Of course, it’s not enough to just say that, you want specifics, right? So here you go, and welcome to the future!

This is actually already old news, but back when Star Trek Next Gen was still airing, drones were seen as exotic, futuristic tech. Now, of course, we’ve got drones armed with smart bombs dropping ordinance in far off countries and drones the size of dragonflies armed with sixteen megapixel digital cameras for surveillance. Even better, private companies have begun to express an interest in the technology. Both Amazon and Dominos have plans currently on the table to use unmanned drones for product delivery in the near future, and in the case of Dominos, they’ve already done a stunt/promotional delivery!

There are actually spherically shaped rooms in prototype stages that, when you step inside, the entire interior space of the “room” is a monitor. The illusion of distance is handled via the room’s spherical shape. As you walk, the sphere rotates beneath you so that the room can be as big a space as is needed. This, combined with a really powerful computer can create virtually any sort of environment you can dream. They’re not cheap (more than a quarter million dollars a piece), but they exist.

If that’s too rich for you though, consider the Google Glass project and other headsets that beam computer images straight to your optic nerve, overlaying the virtual world with the physical. Again, this opens up doorways to virtually limitless possibilities. The day is coming when you’ll be able to go to the Alamo, receive a pair of VR goggles on entry into the old fort, see the ruins, then, at your option, play a special VR video that puts you inside the battle at the Alamo so you can watch it unfold around you!

The replicator in Star Trek was often seen as a bit of a cheat, because any time the Enterprise got into trouble, they could just replicate anything they needed, from dinner to spare parts (but strangely, not lithium crystals). Because of that, many people just assumed that such technology was too outlandish to ever have a basis in reality. As it turns out, however, that’s simply not the case. The rise of 3D printing in Fab-Labs (Fabrication Laboratories) can, in fact, “replicate” thousands of real, usable products right now! Even better, it can handle food too. In fact, recently a number of “cupcake ATM’s” opened up in New York City. Want to know how all those delicious cupcakes get into the ATM?

You guessed it, they’re stored as “ink” for a 3D printer. The batter and the frosting in two separate nozzles, and the cupcake gets baked as the batter is extruded. The future is here. It’s here right now. We live in a Star Trek world, and it’s only going to get more interesting from here!

So, start dreaming of electric sheep, and think about how your business, might, could, will, and shall change in the future.