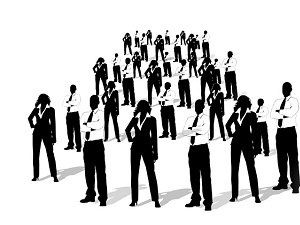 It’s an interesting question, and one that managers everywhere would love a definitive answer to, because that’s an easy fix. If all it takes to improve performance is a shirt and tie, a quick mass e-mail and you can go take a long lunch, right? Mission accomplished and productivity up 4-6 points. That’s not a fault or a failing, by the way. It’s human instinct to reach for the simplest solutions first. The low hanging fruit, as it were.

The reality is that a casual dress code has both positive and negative impacts on employee productivity. This is partly due to the fact that as the rules of the office become more stringent, employee morale drops, taking with it a measure of that employee’s productivity. Conversely, as standards relax, so too do the employees, and again, productivity suffers because of it.

It is also highly job dependent. If you begin making such demands on your IT staff, for example, your best people will simply leave. They dress how they dress, and if you don’t like it, someone else will hire them. Probably for more money, and the new boss will let them wear what they want, to boot. Understand that you need them more than they need you, and because of that, your ability to influence them in these kinds of matters is going to be highly limited.

It’s easy to force a minimum wage employee to wear an eight foot tall parrot costume to work every day if that’s what you want. Not quite so easy to coerce (or even coax) the MIT grad with advanced degrees in Systems Architecture and AI. If you try, you may well wind up with an IT department that looks a lot like the Dead Sea (you can read about the Dead Sea Effect here), and your business will suffer.

An Issue of Perception

Note too that the overall effectiveness of your employees sometimes cannot simply be measured in terms of how many problems they can solve and how quickly they can solve them, or how many widgets they can churn out in three hours. Sometimes it is a customer facing and perception issue. For instance, if you have a business meeting with a client in a three piece suit, and the person you sent is wearing khakis, Birkenstocks, and an “I Heart Nerds” t-shirt, the meeting may or may not go as well as you’d hoped. In those cases, like tend to attract like. If you’re going after the three-piece suit crowd, then you probably need to send one of your own. On the other hand, there are times when the “I Heart Nerds” style of dress would serve you better. Client facing issues are always situational, but no less impactful in terms of the abilities and effectiveness of the employees involved.

A well known owner of a very large international business (no names) was notorious for turning up at critical meetings with outsiders dressed like a not too hygiene conscious hippie. Eventually his staff managed to persuade him that this was Not A Good Thing. Eventually a solution was found – meetings had to be held in hotels, so that he could book a room in which to change into the much despised business dress at the last possible moment, and then back into civvies at the end of the meeting. Well, you can do that if you’re the boss.

The sad reality is that there are no easy answers where dress code is concerned. Some structure is obviously needed, but not too much, and anything put in place must be done with a light touch. Too little, and you suffer. Too much and you suffer in other ways. Finding the sweet spot is an ongoing quest for managers everywhere.