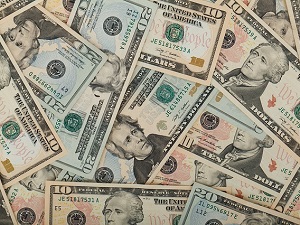 You want to expand and grow your business. Who wouldn’t? Sadly, there’s something standing in your way, and that is the banks. Post-recession, they’ve been reluctant to get back into the game, which is strange, since lending to business wasn’t what caused the recession to begin with. Still, having been burned, they’re suddenly quite shy about lending. Here’s how you can change that:

Numbers talk. If you’re already turning a profit, and you’ve got firm plans for growth, you’re exceedingly likely to get the extra funding you need. Everybody likes betting on a winner.

People love prototypes, even if they aren’t fully functional. If what you’re working on is a high tech gizmo that you think the public will love, you should know that even non tech geeks eat that up. Having a working, or even semi-working prototype to physically show the person you’re trying to get to lend you money will do much to defrost his or her initial skepticism. Fortunately, in the world of 3d printers, it’s never been faster or easier to create a functional prototype. If you’re not doing this, you’re only hurting yourself.

Whether or not you have a prototype, what you want to do is get excited about the idea, and let that excitement bubble to the surface. Describe it richly and completely enough so that the person listening to you can see the future potential of the thing. Infect them with your excitement such that your excitement becomes theirs. Once they are excited about your idea, the deal’s as good as closed.

It should probably come as no surprise, but bankers like numbers. They deal with numbers on a daily basis, so by providing hard data, or, at the very least, realistic projections, you’re speaking their language in a very real sense. Any time you can get on the same page with someone, linguistically, ideologically, personally, your chances improve.

This goes back to the “facts and figures” note above. The bottom line is that while banks have computerized enormous swaths of their risk analysis, at the end of the day, there’s a human being involved in the go/no-go decision on lending money. A real, living, breathing human being makes the final call, and that person will be seated right across the desk from you. Maybe your credit isn’t perfect. Maybe you’re asking for a little more than the bank would be, strictly speaking, comfortable with lending to you, but if you can connect with that human being sitting across the desk from you, then your chances of getting the loan improve.

At the very least, you’ll be working with someone who will truly go to bat for you, and who you can count on to troll the back channels of the lending process to see if there is perhaps another way forward. That’s powerful.

Asking people for money isn’t easy or comfortable for most of us, however experienced, but in business, you’d better get used to doing it, because it’s a fact of life in your world. It’s just this thing that has to happen now and again. Get comfortable with it, or hire someone who is.