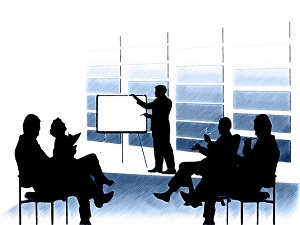 You might be looking at the title of this piece and raising a curious eyebrow. There’s only one way to hold a meeting after all, right? Get all participants in the room, say what you came to say, maybe open it up for a little Q&A and call it done. Lunch if it’s a marathon. Yes, that is fairly standard practice, but it’s not the only way. Below, you’ll find some intriguing alternatives that might serve you well, depending on what you’re trying to accomplish.

As a kid growing up, I used to love field trips. Museums, parks, it didn’t matter. The sense of wonder and adventure made those days some of the best school days ever. Fond memories were created on those trips.

Depending on what you’re trying to do with your meeting, you may want to consider an impromptu field trip. If you’re holding a brainstorming or creative jam session, the same old surroundings probably won’t be as productive as going somewhere else, and let’s face it, nothing unlocks the creative juices like the unexpected. So why not, for your next brainstorming session, take your crew to a national park. Or on a picnic at a city park. If neither of those sound appealing, go whitewater rafting and hold your meeting after, while you’re dripping and exhausted over lunch. Or hit an amusement park and meet over burgers and soft drinks after three hours of rides.

Remember, the goal of a brainstorming session type meeting is to actually do some genuine brainstorming. The ideas above might seem like frivolity, but they’re not. You’re unpacking the burdens of the day and putting your attendees in the perfect mindset to get creative. That’s powerful, and your meeting will be vastly more productive than all those long, uncomfortable silences in your break or conference room.

One of the frustrating things about meetings seems to be that everybody wants to talk about the issue, but nobody wants to make a decision. There’s a fix for that, it’s radical, but it gets the job done.

About an hour before the meeting is scheduled to start, remove all the chairs from the conference room. Inform all meeting attendees of your purpose, and the key decisions that are to be made in the meeting. Nobody sits down until the meeting ends. You would be amazed at how quickly decisions can be made.

The Angels and Demons Meeting

This is a great way to shake up the status quo, and works well when you’re attempting to decide yes or no on a given course of action. Do we begin manufacture of new product X? Do we discontinue support for old product Y? Those kinds of things.

Break your meeting attendees into two teams, and don’t worry overmuch about whether they’re for or against your idea. You don’t want your preconceptions messing up your selections. You should end up up with two even teams in terms of numbers, seniority, and function. One side is for, the other side is against. Choose which is which by the toss of a coin. Throw your agenda out the window and turn them loose. Let the “for” side go first and present their case. Then let the “against” side rip their case apart. Have the two teams work on the idea for a bit, then go back for round two. Continue until you’re satisfied with whatever answer arises from the debate.

You want your meetings to be productive, and to ensure that they are, sometimes you need to shake up the routine. The above is not an exhaustive list, but should get your mind turning on the subject. If you use one of the ideas listed here, your next meeting is sure to be both memorable and productive. And maybe even, fun.