Do Temporary Credit Cards Make Sense for Online Use? 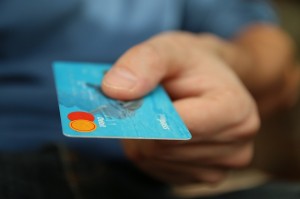 Identity theft is the second fastest growing crime in the nation, behind only smartphone theft. In recent months, we have seen some high profile cases of hacking making the news, most recently at Target, which lost control of literally millions of customer account numbers, precipitating a full on panic in the world of online retail.

Not long after that, we were treated to the revelation of the HeartBleed bug, which exposed or potentially exposed orders of magnitude more sensitive information. This again, sent shock waves rippling through the online retail economy. The question is, what to do about it? Other than calling your credit card companies or banks and having new cards issued, is there anything that can be done? The answer is a comforting yes; enter the temporary credit card.

First, you should understand that not all credit card companies or banks offer Temporary, or Virtual Credit cards, but many do. Give a quick call to the Support Center of any card you’d like to use in this manner to see if it’s something they offer.

The basic mechanics of the Virtual Credit card are rather ingenious. Your credit card issuer will assign a set of credit card digits to you on a temporary basis, often a single purchase, although some companies allow for a few additional options such as some finite number of transactions or a specific dollar limit, after which time, the Virtual Card numbers deactivate.

This approach is vitally important and enormously effective at keeping a would-be hacker from gaining anything of real value, for two reasons. First, the virtual card numbers provide a seamless connection to your actual credit card accounts, meaning that while you, the purchaser are entering in some series of numbers different from the digits on your physical credit card, the payment processing system handles the transfer from the temporary digits to your actual account number on the back end. From the user perspective then, you’re making purchases online the same way you always do, with the only difference being that you’re using credit card numbers different from the ones that actually appear on your card.

Hand in hand with that though, is the fact that these digits have an extremely short shelf life, often consisting of a single use. That’s good for you because if you make an online purchase, and the company you buy from is hacked, you don’t have to worry in the least. The hackers will gain access to your Virtual Card number, not your actual card number, and if they try to make use of it to buy something, they’ll find that the numbers are invalid, having already been used by you.

In this way, the Virtual Card numbers can be seen as something of a virtual firewall standing between you and the vendor you’re buying from. Its presence provides virtually bullet proof protection against online data theft. Granted, there will always be some small amount of risk any time any data is stored online, but this approach makes it orders of magnitude more difficult for a hacker to get any useful information about your credit cards in a hacking attempt of a retail outlet.