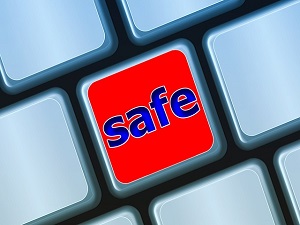 The signs are everywhere, and they are disturbing. Now more than ever before in history, everything you do is being watched, recorded and stored for later. It seems that not a week goes by that some new affront is revealed. The attacks on privacy are constant and unrelenting, and worse, they are being carried out by an agency that has virtually unlimited resources.

This has drawn the ire of a number of groups, and outraged people around the world. Note here that it’s not just privacy groups, but even prominent figures in the corporate world who are angry as can be. Recently, Eric Schmidt, the chairman of Google went on record as saying “The solution to government surveillance is to encrypt everything.” Increasingly, we are taking such advice to heart.

Obviously, given the statement made by Google’s own chairman, they’re taking steps to further bolster encryption, as are other tech heavyweights like Microsoft. You can expect that other companies in the industry will follow the lead of these two Titans, but it’s important to understand that disturbing as the government spying is, it’s not the only reason to be concerned with privacy and data security. The reality is that the number of sophisticated hacking attacks are increasing. It wasn’t long ago that Target fell victim to a massive hacking attack that saw the data of some forty million customer accounts compromised. As our digital world becomes increasingly enmeshed with the real, physical world, the need for security is only going to increase.

There are three aspects or “legs” of data security to consider when charting your own course through these waters. We’ll go over them in brief below so you can decide for yourself where your emphasis ought to be, and how much effort you should take to get yourself in a comfortable, relatively secure position.

This relates not just to your own network, which is fairly well trod ground for most people, but also to the vendors whose software and services you use. For instance, Microsoft has vowed that by year’s end, they’ll be using best in class encryption on Outlook, Office 365, and SkyDrive. If you use any of those in the conduct of your own business, you’re in luck. If you don’t, then one excellent question to ask of the vendors of whatever products you do us is what they plan to do relating to the issue of security and encryption.

This aspect covers a whole raft of things you can do personally, and train your staff on. Everything from using TOR to bounce your outgoing traffic signal along a series of relays to mask you, to making sure your firewall is up to snuff and making sure the HTTPS Everywhere browser extension is in use on every computer you touch. It could also include such things as beginning to utilize Virtual Credit cards to help better secure online transactions, such that even if a hacker got your information, it would do them no good.

This is a killer, and potentially the biggest security and encryption problem we face today. The fact is that most of the objects that make up the internet of objects have nothing protecting them at all. That needs to change, and it needs to change quickly. It’s leaving a giant back door wide open to the rest of your system, and if not addressed will, to a large degree, render the other efforts you might make pointless.

2014 is the Year of Encryption. What are you doing to make yourself ready?