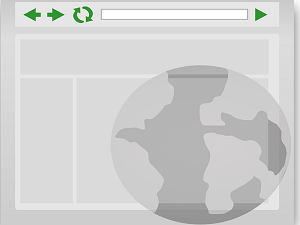 Most people have a favorite browser that they naturally gravitate towards, and proponents of each of the major browsers love to weigh in on the virtues of their favorite and the failings of the others. However, from a practical standpoint there’s more than meets the eye in terms of choosing the right browser to use in certain situations. Below you’ll find a primer to guide you. Note that you’ll probably want to have all three of the browsers mentioned installed on your computer so you can switch between them as you need to.

When To Use Chrome

Chrome is the smallest, fastest, most extensible browser in use today. This should probably be your go-to browser for most applications. The only time you don’t want to use Chrome is if you’re surfing on a laptop or battery powered device. Chrome has a known issue that causes it to burn through battery power at a much faster rate than other browsers. You’ll actually use your battery some 25% faster if you use Chrome and leave the browser running most of the time.

When to Use Internet Explorer

Diehard Microsoft fans will probably howl in protest, but Internet Explorer is probably the weakest of the three major browsers and the one that contains the most glaring security flaws. Nonetheless for a variety of reasons, some companies have their pages optimized for Internet Explorer. If that’s the case then the page may not function correctly if you use anything else. That’s about the only time I’d advocate using this particular browser. I keep it on my PC, but only use it as a last resort.

When to Use Firefox

Don’t get me wrong, Firefox is a great browser. It’s got nearly as many extensions as Chrome does, but it can be a bit of a memory hog. If you’re a power surfer and have multiple tabs open, it will bog your system down like you wouldn’t believe. Eventually it will either crash or become so slow and unresponsive that you have little choice but to bring up the task manager, end the application, then do a session restore. That will buy you some time, but you can bet that sooner or later it will happen again.

Firefox runs best on machines that have big, beefy amounts of RAM, and on laptops if your goal is to maximize your battery life.

What it really comes down to then is what kind of device are you surfing on, and which is more important to you; system performance or maximum battery life?

If you don’t especially care about battery longevity, then Chrome will be your browser of choice. If battery life is essential, your best move would be to use Firefox, but limit the number of tabs you have open simultaneously, or max out your system’s RAM to better handle the load, and if all else fails and the page won’t display correctly using either of those two, try viewing the page in Internet Explorer.