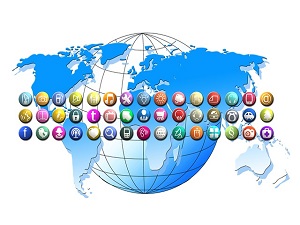 It Starts With Your Brand

Any image you craft should first and foremost be a vessel for your brand. That means that it should bear your company’s colors and logos featured prominently in the body of the graphic. It won’t matter how many times your image is shared if nobody knows it was you who released it into the wild to begin with. The whole reason for creating such images is so that they can serve as virtual sign posts, pointing the way back to you. Make sure everybody who sees your creation knows where to go. To that end, at a minimum, you’re going to want to have your website’s address somewhere on the image itself.

Every image needs a central theme; a hook to draw the viewer’s eye and attention. The hook should be relevant to the message you’re trying to convey in your image and immediately understandable by your target audience.

Even though a picture is worth a thousand words you’re going to want some sort of written message to be a part of your image. The important thing here however is to be sure that the information is presented in a context suitable for social media.

For good or for ill, social media messages tend to be short and punchy. Some people may argue that social media is ruining our attention spans, but whether that’s true or not, the point remains that if you want your message to be shared then the information it contains needs to be presented in short bursts of text, rather than a big wall of text. You can do this by:

The Right Size For The Right Platform

If you follow the guidelines above, your images will become increasingly effective. You message will be seen and shared more than ever before,and as your skill improves, you’ll see an ever growing response from every social media post you make.

Anyone can learn to create effective social media images. It is simply a matter of practice, and the studious application of a few basic principles. Oh, and pretty girls help.