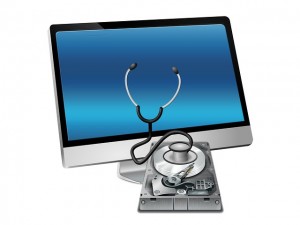 2014 has been a very bad year for companies on the receiving end of hacking attacks. Earlier this year, the State of Montana’s records were breached, and the data of essentially every person in the state stolen. Now it has come to light that Community Health Systems, a company that operates hospitals in twenty-eight different states, has also been breached. The company believes the attack occurred between April and June of this year, and exposed the personal data of some 4.5 million of its patients. This data includes, names, addresses, phone numbers, and most significantly, social security numbers.

What It Means For Those Impacted

It’s possible that at least some of the people whose information was stolen will feel no ill effects from it, but hackers steal this kind of information for a profit. The way they turn that information into profit is by selling it to people who will steal the victim’s identity, open fake credit cards, max them out, and then just never pay the bill, essentially ruining the victim’s credit.  It’s known as Bust Out Fraud.  Anyone whose personal information was stolen in this heist is at risk for that, and the worst part is that there’s little they can do about it.

The company has vowed to offer identity theft protection to all those who have been impacted, which will help to mitigate the damage, but at this point, it’s too late to stop the damage from occurring. It has essentially already been done, and is now playing out in real time.

The Number Of Attacks Is Growing

Not only is the total number of hacking attacks continuing to increase, but the level of sophistication of those attacks continues to gain new heights. It is becoming increasingly difficult to stop a determined hacker, and that will continue to be the case for the foreseeable future. One of the major reasons for the ease of penetration is the two-edged sword that the Internet of Objects represents.

The burgeoning number of objects on the internet is a boon for the massive amount of data they give us, but sadly, only a tiny percentage of these new internet objects have even the most rudimentary protections in place. That means that they are weak points in a network’s architecture, and hackers always look for, then attack the weakest part of your structure. Having unprotected, or nearly unprotected objects in your network is like leaving your back door unlocked and nailing a large neon sign above it, showing the thieves the way in.

Until we fix that, you can expect the frequency of successful breaches to continue increasing. Even after we start providing our new internet objects with the same basic protections we give to our PC’s and handhelds, breaches are certain to occur, but we owe it to ourselves and to the customers who use our services to make it as difficult for the hackers as we possibly can.

Identity theft is a very real crime. It’s one of the fastest growing crimes on the planet, second only to cellphone theft. Even if a breach occurs in an industry that’s completely unrelated to yours, you should pay close attention to it, because it is a harbinger of problems to come that may well impact you, as legions of new fake credit cards will hit the market soon after.