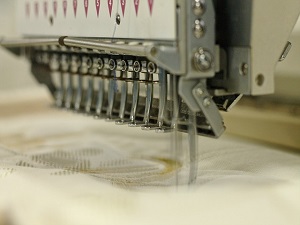 Project Ara is one of the most important projects of this generation. This project, along with 3D printing will irrevocably change how the world understands manufacturing.

What Is Project Ara?

If you had not heard the name before now, don’t worry. Google has so many projects running that it is sometimes hard to keep track of them all. Project Ara is Google’s modular manufacturing initiative. The goal is to create a series of smartphone parts, each one being a distinct module. All of them will have the ability to interconnect thanks to semi-permanent magnetic electrical connector plates that will allow signals to travel through the whole of the device when assembled.

One of the key pieces of technology that makes the modular construction paradigm work is the flexible circuit, which was also developed in Google’s labs and which you can find on sale right now. Flexible circuits are bendable and foldable, which means you can fit them into smaller and smaller areas. They are not bound by the conventions of the circuit board as you understand it, and this opens up all sorts of new and interesting possibilities.

The idea here is that users can custom select a series of individual, snap-together components, then assemble them into a cohesive whole. For example, if they want a 24MP camera module, rather than a 16MP, they can do that. If they want an upgraded speaker module, they can do that. More memory? Easily done. Every major component of the smartphone exists as its own independent module. Each module comes in several variants, and all can be co-connected together to create a product that suits your individual tastes, preferences, and needs. The customer is the designer; you give him a toolkit, and he builds what he wants from it.

In its initial release, the plan is to offer a modular cellphone, but of course the possibilities don’t stop there. Once the technology becomes available, it won’t take long before it is demanded as the standard for manufacturing. Everything from alarm clocks to cars can be built with the exact same paradigm. Then imagine combining the same basic modular construction methodologies with 3d printing. Granted, to handle the electronics, you’d need more than just the 3d printer, but there are a number of Fab-Labs currently in operation around the world that are more than capable of taking the basic modular paradigm and running with it.

The Empowerment Of The Customer

This brings us another step closer to the absolute empowerment of the individual customer and the shattering of manufacturing as we understand it. When released, other tech manufacturers will have little choice but to follow Google’s lead, because if they don’t it will give Google an unacceptably large competitive edge.

There’s just no way to compete against that level of customer engagement than to simply copy it, so when it’s released, don’t expect to see a slow, gradual transformation to the new paradigm. It will happen quickly or the companies that don’t move fast enough will in short order cease to exist. That’s how powerful the new paradigm will be, and it’s coming sooner than you might think.