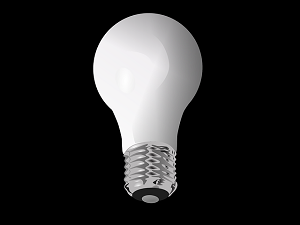 The pace of technological innovation seems to be increasing every year, and this year is certainly no exception. With so many fantastic advances parading across the headlines, sometimes it can be hard to keep track of them all. Below, we’ve found four of the best of the best from 2014 so far. You may have heard or read about some of these, and some may be new to you. In either case, expect these to take the world by storm, either late this year or early next.

At first glance, you might look at this one with a bit of surprise. Scanning tech is very nearly outdated, and if you want to file something away for later, you’re likely to just take an ultra high resolution photo of it, so what’s the big deal?

You’d be right, except for the fact that PocketScan adds a new wrinkle to the equation. When you scan something, it recognizes it for what it is, so if it’s text, it will turn the text into an editable document. If it’s an image, it will turn the scan into an editable image. Best of all, all the images you scan appear in real time on your device, as they are scanned. Simple, elegant, and pure magic.

What do you get when you cross Jellyfish DNA with a tree? It might sound like the prelude to a punch line, or some kind of trick question, but it’s absolutely real, and the inventor of bio-luminescent trees already has a working prototype, and has contracted with the University of New York to create an even larger version.

You might be scratching your head wondering what the big deal is, but if you were to replace every streetlight in service today with one or more glowing trees, the aggregate impact would be enormous. Not only in terms of savings to America’s cities, but in terms of carbon footprint.

Why wait for Google to put the finishing touches on their much heralded driverless vehicle, when you can by an attachment to retrofit to your car and make it driverless right now?

Granted, it doesn’t work with every make or model yet, but that’s next on the company’s agenda. In any case, with so many companies working on this project, it is increasingly obvious that it’s a technology that’s coming, whether we’re quite ready for it or not.

Big Data, here we come. There’s a new device out that’s one part Sonic Screwdriver and one part Star Trek Tri-corder. Whatever you aim it at gets scanned at the molecular level, and the results of the scan are fed to you via app on your handheld. Want to find out how fresh that apple you’re considering buying is? You will now know, at the molecular level. Millions of practical uses, though it’s an almost scary kind of tech!

The best part is, we’ve still got months to go yet in 2014. There’s no telling how many more dazzling advances we’ll see between now and the rest of the year, but stay tuned. The one thing we can be sure of is that there will be more. Make sure you keep up to date with new technology, because there are profits to be made for the quick-on- its-feet company which sees the potential of these sometimes staggering ideas.