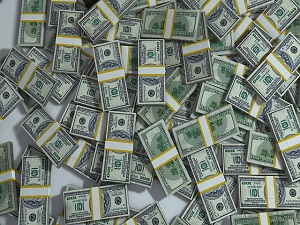 In the crowdfunding ecosystem, Kickstarter is the largest and best known site. There are a staggering array of projects to review and take inspiration from, with more being added on a daily basis. Below are some of the more intriguing ones we researched for this piece, just to give you a feel for what’s out there, and maybe gave you food for thought.

This is a great example of the kind of blue-sky thinking you’ll sometimes find on Kickstarter. This project is going nowhere, funding wise, but it’s easy to get excited about the concept. Clearly not yet ready for prime time, it takes almost no imagination to realize that in ten years time, this will not only be a reality, it’ll be so commonplace that people won’t even look twice. In the here and now though, it is probably a bit of an overreach.

Even so, you have to give props to the project founder, and it really is a cool idea that makes the Dick Tracy style watch look Victorian by comparison. It’s the ultimate expression of wearable computing as we understand it today. A wi-fi capable jacket, complete with camera, microphone, a keyboard on one sleeve and a display screen on the other. Absolutely fabulous, conceptually. This is a project about five years ahead of its time though.

The latest expression of the on-demand idea. We’ve seen Air BnB, and its empowering effect, turning users into small business owners. We’ve seen Uber, and its vitalizing effect, turning everyone who uses the service into a virtual cabbie. Coming up next, there’s Mootch. It is a platform that facilitates the renting out of everyday goods. So if you need a chainsaw for three hours, and feel like it’d be a waste to go buy one, Mootch would have you covered. Want to try out the new X-Box game but don’t actually have an X-Box? This is where you’d go. Going camping and need a tent for the weekend? Get it at Mootch.

A good, solid idea, and it certainly won’t be the last of the on-demand services we see.

This idea will make you stand up and take notice. It’s a paper business card that can be folded in such a way as to reveal a USB plug-able appendage that, when plugged into someone’s computer, can guide them to a particular location on the web, and even better, you can make it a unique location for every card you hand out. You could, for example, forward someone to a personalized video greeting, or an interactive copy of your resume, or a testimonial page…anything at all. The sky is the limit. The cards also come with build in analytics on the back end so you can see how often they’re being utilized, and who is making use of them.

This is a great idea, but it’s also a bit scary. Recently an internet security firm warned of a bug that hackers could exploit to take control of your computer using the firmware on USB devices. This, the act of sticking a card from a relatively unknown and untrusted source into your USB port could open the door for trouble. Even so, a very intriguing idea!