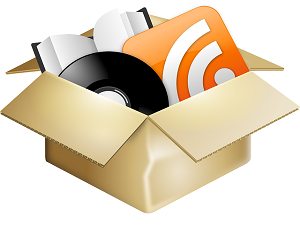 By now, you’ve probably heard all the buzz and excitement about Amazon’s plan to use drones to deliver at least some of its packages and parcels. Some critics are saying that it’s merely a publicity stunt, and while that’s certainly possible, it doesn’t seem very likely. Amazon isn’t well known for doing publicity stunts of this sort. More possibly it’s a genuine field test to see if the idea is viable. After all, you don’t hire lobbyists and start winding your way through the FAA approvals process in order to run a little PR campaign.

The Nuts & Bolts Of Amazon’s Plan

For the moment, the company is conducting limited scale tests with a service they’re calling “Amazon Prime Air.” The idea is that in selected locations, when a customer orders something, if their package weighs less than five pounds total, and the customer is in one of the test service areas, they’re promising deliver in about thirty minutes.

Depending on how old you are, when you read that, your brain probably hearkened back to the old Domino’s Pizza slogan, “Delivery in thirty minutes or less, or it’s free!” The parallels are obvious, and the reality is that in the UK, companies have already begun to experiment with drone based pizza delivery, so the idea is definitely coming. It should also be noted that UPS has begun its own limited scale experimentation with drone delivery, so the idea has definitely entered into the public consciousness.

Amazon says that they’ll continue their limited scale testing while they work toward getting the necessary FAA approvals to begin rolling it out on a larger scale. Of course, part of that approvals process is a demonstration that the technology is safe and reliable, which is why the field testing is ongoing. There is an irresistible image of people being knocked to the ground by flying copies of “The Goldfinch”, or your dog waiting in the garden to catch and devour that incoming pizza.

More than 85% of Amazon’s packages fall within the 5 pound or less classification, which means that Amazon could enter the product delivery game in a big way. This, of course, would sorely dent the profits of the major carriers in service today (in the US, this would include UPS, FedEx, and DHL). Needless to say, even as these companies begin their own experiments, they’re also taking steps to curtail Amazon’s progress on this front, and their reasons for doing so are fairly obvious.

Aside from hurting the profitability of major corporations though, this is another technology that stands to end a fair number of blue collar and lower middle class jobs. Delivery drivers would still be needed for some things, including for the moment at least, packages weighing in at more than five pounds, but clearly their numbers would be greatly thinned if the drone delivery idea caught on. If the UK experiments are any indication, it would also render the currently ubiquitous pizza delivery driver all but extinct.

These aren’t, of course, reasons not to employ the technology, at least not in and of themselves, however, it should be noted that a blue collar delivery driver who is still working is in a position to buy goodies from Amazon and have them delivered to his house. A blue collar delivery driver who is unemployed has no such means. This is not a new problem, but the pace of middle class job destruction is increasing, and at some point, it’s going to start hurting aggregate demand. As Henry Ford Famously remarked, he could train monkey to make ford cars, but not to buy them.

So far, there has been no good solution put forth to combat this growing problem, and it casts a dark shadow on what is otherwise an interesting and innovative idea which is bound to catch on with consumers.