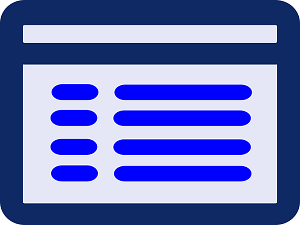 A new and rather unusual video game has just been released for the PlayStation by Dutch design studio Digital Dreams. The basic idea is that video games are inherently data driven. Sure, that data is masked by fancy, often photo realistic graphics, but whatever the plot of the game, when you move your character from one point to another, when you shoot at an enemy on the screen, all of that is ultimately controlled by data. The game Metrico pulls the mask of fancy graphics away, and lets the character run through the data. Essentially, the game is a giant, interactive infographic.

How Does It Work?

It’s a fascinating take on side scrolling puzzle games, and truly innovative. There are a number of remarkable things about the design, but the most interesting is also the most obvious; the game makes information fun. More specifically, the game makes infographics fun.

It could be argued that infographics are already enjoyable. They’re eye catching, the data they display comes in bite sized, consumable chunks, and they are easily sharable. Many recent viral postings have been infographics, and if your company isn’t currently making heavy use of them, paying for their creation to display information relevant to your brand and the market you operate in, then you might be missing a huge opportunity.

The early buzz on this game is overwhelmingly positive, and it is almost certain to be a breakout hit. The secret to its genius is that with its six progressively more complex levels, it accomplishes the same essential goal that infographics themselves do. They attempt to make sense of a complex set of data. They do that by creating a context that is bright, colorful, easily understood and engaging.

Neil Patel of Kissmetrics and Quicksprout is a guy who has probably forgotten more about SEO and traffic driving strategies than most people know. During the launch of Quicksprout, he proved rather decisively that well crafted infographics are not only more likely to go viral than other types of content, but they’re also amazingly effective at driving traffic back to your site. Quicksprout experienced explosive growth, mostly on the strength of a collection of just thirty seven well made infographics, so there’s clearly a lot to be said for the strategy.

The bottom line is that Infographics are both fun and effective. If you’re not using them, then you’re leaving money on the table. Take some time to think about how they could be used to tell your brand and product stories more effectively. They can definitely add to your bottom line by engaging, intriguing and informing your potential customers. All you need to get started are some eye popping, industry specific stats that your readers will find compelling, and a competent graphic designer to make them interesting.