The Future Of Credit Cards 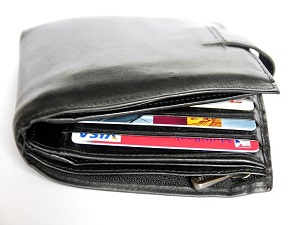 The Internet Mavens in Silicon Valley have decided that the time of credit cards has come to an end. They seem less sure about what exactly will replace them. At the moment there are two companies both trying to change the landscape of digital payments, and interestingly, they’re not competitors in the least. In fact, they could both succeed and thrive, and if they did it would radically alter the landscape of commerce.

Coin started life as a crowd funded dream. The idea caught on, and the project took on a life of its own. The Coin device looks a bit like a credit card, only half as wide. It has a button on the front with two directional arrows, right and left, and a small display screen above these.

The way it works is that you can upload your credit card information for all your cards into the Coin device, then simply scroll through Coin to select the card you want to use, swipe the Coin card in the store’s existing credit card reader, and it works seamlessly. The appropriate credit card is accessed and charged, and your purchase is completed. The big advantage? You only have to carry the one little card in your wallet.

As a start-up, Coin has had it is share of delays and setbacks. The device was originally slated for release this year, but now it looks like 2015 will be the jumping off point. As an intermediate step, and in an attempt to quell anxious consumer discontent, the company has announced an open beta that will accept the first ten thousand people who pre-ordered the devices. It remains to be seen whether this will, in fact, stop the grumbling from anxious consumers, but either way that’s the shape and direction of the current plan.

The idea of only having to carry one credit card in your wallet to access them all (“One Card To Rule Them All!”) is admittedly pretty cool, but one has to wonder whether or not this is problem that needed a solution, or if it’s just a neat, kind of geeky high tech toy. The jury is still out.

This company has lots of funding and the backing of some very smart, very determined people, including the man who invented Twitter. In short, it’s got a lot going for it. Like Twitter, it’s not merely intuitive, but so intuitive that the service itself all but disappears. In this case, it disappears by becoming utterly decentralized. With Square, anybody can accept credit cards. You attach the device to your phone, swipe the card, sign with your fingertip on the touch screen, and you’re done. It doesn’t seek to replace your cards, it simply seeks to make it possible for anyone to accept them.

This is very empowering and moves commerce increasingly from the brick and mortar, big box retail outlets and into the personal sphere. When you combine that with other technologies that are pushing us toward ever greater personal empowerment it becomes very interesting. For example, technologies that allow people to grow all their own food in very limited spaces or manufacture almost anything from the comfort of home, or generate all their own electricity. This looks like a very interesting development for a future in which many people will be looking for more self determination.