Is Apple About To Kill The Credit Card? 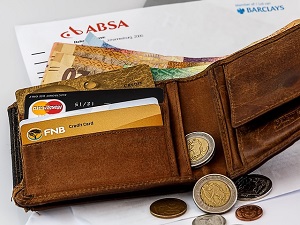 With the release of the iPhone 6, Apple has proved decisively that it is still at the top of its innovative game in the post Jobs world. This assessment does not come after a careful review of the new iPhone itself, which is more of an evolutionary step forward than a revolutionary, but rather, it’s based on one of the components embedded in the device, namely, the payment system.

What’s So Great About It?

The payment system is poised to revolutionize payments in the same way that debit cards did when they were first introduced. It’s likely that Apple’s release will forever change the way we understand commerce; it will essentially render the plastic credit card obsolete. In time, the same basic technology will render a great many things we take for granted obsolete, including car and house keys, driver’s licenses and even our wallets themselves.

That claim might sound a bit like the hyped up projectionist nonsense of a futurist, but when you stop to consider how deeply the technology that Apple’s payment system has already penetrated the global market, you quickly begin to realize that if anything, the prediction above is too tame.

The US Is Playing Catchup

In many ways, the US has been lagging the rest of the world in terms of widespread adoption of the NFC technology that Apple’s system is based on. It’s already in use extensively in Europe and Asia, and not counting Apple’s recent push, there are no less than twenty other nations diving headlong into it.

The essence of the technology as Apple will deploy it is to merge the wallet function with the payment function. They’ll become one and the same. Your digital wallet will be able to communicate directly with vendors, and you’ll be able to make purchases seamlessly, instantly, and entirely transparently. In fact the entire function of purchase will essentially become invisible when the system is fully embraced.

Transactions will just happen, and you’ll be able to walk in, grab your goods, and walk back out. This will be true whether you’re buying on credit (credit cards will be digitized and stored in encrypted format on your digital wallet, making them extremely resistant to hacking) or with your own funds via the same mechanism and indeed, the exact same device.

It Doesn’t End With Payments

Again, payments are the starting point, but by no means the ending point. Since this technology allows the devices that use it to remotely communicate with similarly equipped devices nearby, there won’t be any need for a physical car or house key. When you buy a new car, you’ll get a digitally encrypted key installed on your iPhone or other device. When that device draws near the car and is activated, the car will just start. You’ll also be able to control the major functions, so if you need to turn on the defroster the heated seat, the ac, or even have your favorite music playing as you enter your vehicle, you can do that too.

Our digital lives are increasingly becoming enmeshed with the real, physical world. We’ve talked a number of times about how the lines are blurring and it’s becoming increasingly difficult to tell where one stops and the other begins. Apple’s release of the iPhone 6 is a huge additional step in that direction, because it moves NFC technology into the mainstream.

That in turn has the effect of making start up investments in the technology much less riskier, and what will follow the iPhone’s release will be a torrent of innovation from a variety of quarters extending and expanding the basic functionality of NFC technology. The pace and rate of change just accelerated again. Hold onto your hats, because this is just the beginning.