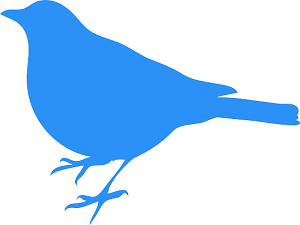 Twitter, it seems, is in a bit of trouble. Whether true or not, the growing sentiment is that Twitter is losing the social media war to Facebook. Increasingly, the two are seen as competing in the same spheres, even though their application and use patterns are quite different. It is true that they are both social media platforms, but in fact there are more differences than similarities between the two companies.

Twitter, for example, is used for real time, short bursts of information, rather akin to CB Radio traffic between an ambulance or police car and a dispatcher, which is incidentally, where the idea for Twitter first came from. Facebook on the other hand, offer the ability to create posts which are more in depth and personal, allowing for more connection between members of the same social network. Nevertheless, the mindset is what it is, and unless Twitter can either convince investors that it really is a completely different kind of social media company, or demonstrate that its user base is large and vibrant, and that its reach extends well beyond the number of logged on users, then these problems will persist.

The Root Of The Problem

At the root is the fact that while Twitter’s income is growing, it’s still bleeding red ink. It is trying to fix that by creating a more robust advertising platform and tying it to its services, but of course, in order to do that, the company needs to show that it’s got a large and growing user base. The trouble there is that only half of that is accurate.

The company does have a large user base, but it’s not growing. In order to put that fact in a better light, Twitter is making the claim that even people who don’t actively Tweet and are not logged on are still guided by the trending tweets in the company. For example, when you hear that something is trending in the land of Twitter on the social media segment of the TV show “Good Morning America,” you are likely to go investigate that on your own.

If you don’t Tweet, and many more of us use Facebook than use Twitter, ask yourself to what extent you feel that Twitter has the slightest influence on how you think, and specifically, on what you buy. If you are anything like me, the answer comes back, “Not at all”, and that is Twitter’s problem.

Not A Great Comparison

The argument that Twitter is influential even to non users is the same basic argument that print magazines have been using to justify their ad prices. A person need not actually subscribe to the magazine “Good Housekeeping” for him or her to be influenced by a piece of content in the magazine if it gets talked about far and wide.

There is some truth to that, but the obvious counter is that if Twitter wants to cast itself in the same light as struggling print magazines, then the company should be prepared to be valued as one of those print magazines, and not as a darling of the Internet. It would appear that they’re trying to have it both ways, and that is going to be a tricky line to walk. It’s too soon to say whether or not investors or advertisers will buy into that logic and continue to give the company time to get to profitability, but even if they do allow more time, their patience is far from infinite. Twitter needs to post a profit soon, or it will find itself in dire straits.