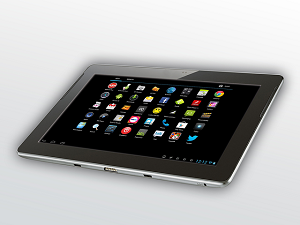 Once upon a time, the iPad was thought to be a device that had no place in the business world. It was a misfit between a smartphone and a laptop computer. When users began to explore its possibilities, businesses took notice and realized that with the explosion of the Internet, the tablet not only had a place, but also was a practical business tool. Since that time, many small businesses have discovered life with a tablet is much easier and productive. What was left for business owners to decide was how to choose the best tablet.

What small business owners need in this situation is guidance, not a checklist. The reason is that as they are doing the research they will learn more and become aware of the possibilities not included in a checklist. A more practical approach is to assess the key features and advantages of a tablet and move on to the details later.

The first and obvious question about tablet computers is what are their advantages compared to the smaller smartphone and the heavier laptop. Screen size comes to mind: the laptop likely will have a larger display while a smartphone smaller. If you are going to maximize its productivity, it will need a keyboard. Some people do not like the virtual keyboards of the iPhones, while others cannot manage the pull out keyboards that are an alternative to the virtual ones. Tablets offer both types, depending on the tablet you select, and is a “key” consideration – no pun intended.

The operating system is usually another significant issue since compatibility between an owner’s current choice of operating system and the tablet can greatly impact the usefulness of the tablet. This does not mean the tablet has to have a Windows-compatible operating system, but if you plan on using native Microsoft applications such as Word, you choices are likely to be limited. The basic choices for a tablet OS are iOS from Apple, Android from Google, and Windows 8.

Security and the choice of operating system go hand-in-hand. iPads have always encrypted data, while Windows 8 has enhanced security available from third party applications, meaning it will have a cost attached to it. Until very recently, Android has data security that makes most businesses nervous. A new version of Android is due out soon, promising much better security and targeting business customers.

To discuss devices that can connect to the tablet seems counterintuitive. The whole point of buying a tablet is to decrease weight and increase simplicity. But because tablets fall between laptops and smartphones, some compromises were necessary. This was mentioned earlier when discussing the keyboard.

Connecting to the Internet is essential and most tablets will have WiFi connectivity, with more having broadband capabilities as a part of the package. Bluetooth is almost an absolute necessity for connecting tablet devices. Cameras are often built in as well, though the quality of the picture can vary considerably.

That leaves two major issues – external storage and HDMI capabilities. USB ports are not available on all tablet models but in most cases an adapter can be purchased to give it the capability. That opens the door for any number of external storage devices, although many businesses are migrating everything to the cloud. HDMI connectivity is a feature to look closely for, and will most likely add to the price tag.

These are the broad considerations to think about before venturing forth into the world of tablets. In your pursuit of technology, remember that whatever device you choose should fit in with the purpose of your business and should also bring an advantage in productivity as well. Some businesses cannot be competitive without mobile technology, including tablets, while others will have a small but noticeable advantage in adding them to the mix. Do the homework, then move forward knowing that you are better equipped to make an intelligent decision.