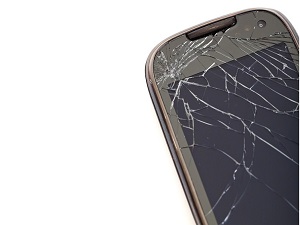 A recent investigation by anti-virus software provider Avast has discovered mountains of data, including personal photos and family pictures. The data was recovered from smartphones sold on eBay as used, and most sellers had used the factory reset option to delete the files from the phone prior to putting it up for sale. Only 20 phones were selected to be test cases for the recovery, all of them with the Android operating system.

When asked whether the same results could be expected from Apple’s iOS operating system, the answer was that it would likely be more difficult based on which Apple device was being tested and the version of iOS that was being used. In general, while accessing old data would be much more complicated, the possibility of recovering data files from an iPhone is a real one.

There is a general acceptance by consumers that smartphone companies have built in the necessary security and privacy into their operating systems to limit access of old data after it has been erased. One technical problem is that in many cases the data is stored in the memory chips as well as the permanent memory. Many of the recovered files were read from the phone’s NAND flash memory, a type of memory Apple and Android use to store and retrieve files quickly.

The investigation focused on purchasing used phones from eBay, but there are many more players in the used smartphone industry and it is becoming a very profitable one. As users dump their old phones to get their hands on cash from major companies such as Verizon and lesser players such as Gazelle, the amount of recoverable data that potentially can be accessed is staggering. With the new iPhone models recently hitting the market, selling an estimated 6 million in the first week alone, there are certainly enough phones out there that can be scanned for recoverable data.

Whether this data has any value to the company or any one person is a matter of debate. Sexting is nothing new, and many users are aware of potential risks for exposing their data over networks and the Internet. It is far less likely that they are aware of how long that data may reside in memory after using the factory reset option before putting their phone out to market.

Avast has opened up more than a few eyes to the dangers of being too trusting of technology. Despite their dire warnings, the question that needs to be asked is whether or not the sellers of their phones are overly concerned that someone may have their family photos along with their phone.
Facebook has a plethora of family pictures, and people have no problem sharing them – even with strangers. People in the know about the iOS and Android operating systems know that Google has not paid much attention to data security until very recently. Many buyers of the Android phones were looking for price advantage and took security for granted. While the investigation woke many people up to the issue of security and selling your old smartphone, the data retrieved is not likely to have any significant value.

Privacy concerns among younger people lag behind older Americans, which brings about a certain degree of apathy regarding what data is actually on the phone. Phone numbers and other contact information may be valuable, but photos and emails often do not carry the weight of importance for younger people that they do for those who are more mature. The amount of time it would take to make reliable connections between the former phone owner and the data would likely have a net negative value.

But the security issue found by Avast should not be disregarded. It shows the reliance of consumers on companies to protect their privacy regardless of their behavior. It also illustrates how the data stored on a lost phone has the potential to bring about disastrous results. Above all, it shows that consumers need to become more knowledgeable about their devices and privacy if they want their personal data to be secure.