Elementary OS Shows Linux Can Be Pretty Too 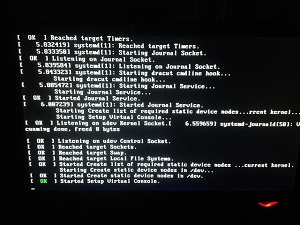 Though the power of Linux is rarely contested, the usability of Linux is often criticized and in many cases the appearance of Linux just doesn’t compare to modern Windows or Mac systems. The creators of the Linux distribution, elementary OS, plan on changing these opinions with their next version of the distribution, Freya.

First released in 2011, elementary OS immediately began to catch the eye of many Linux fans and newcomers alike. Based on Ubuntu and born out of a desktop theme for the operating system, elementary OS was rebuilt from the ground up to include all the positive aspects of the Ubuntu distribution but with a vast array of improvements that the developers believed should have been in the distribution from the beginning. Not satisfied at simply being yet another clone of the Ubuntu distribution, the developers have sought to set themselves apart from all the rest by designing a Linux distribution that is not only easy to use but also very beautiful.

Gorgeous Interface and Design
At first glance you will notice that the interface and design is very reminiscent of Mac OS X with just a hint of Gnome for the Linux purists. Indeed the interface is truly one of the most beautifully designed interfaces for Linux in existence. While running a bit heavier than some of the lightweight alternatives, it truly brings a user experience to the same level as users expect from other industry operating systems such as Windows and Mac OS X.

The interface isn’t just pretty, however, as it is designed to also be highly functional and even customizable as any Linux user would expect from their graphical interface. At the top you will find many of the default Linux panels with such tools as your wireless indicator, Bluetooth status, date and time and much more. On the left side you can easily find access to all your apps while at the bottom rests a very Mac-like dock for you to add your most used applications.

More than Just Your Standard Apps
Elementary OS is built upon Ubuntu, and because of that Ubuntu’s vast library of software applications will easily install and run almost seamlessly on the system. In fact, you even have access to the Ubuntu Software Centre so you can purchase apps and search the vast database of available applications while installing them with only one click.

However, elementary OS Freya includes much more than that. In addition to creating a beautiful interface for Linux, the developers have been hard at work designing applications that seamlessly integrate with the interface. For example, Dexter is an address book included with the system and Postler is an email client. If you need to manage your files they have included the Nautilus Elementary file manager. All of these applications are designed to integrate with the graphical interface to provide you with an experience that is second to none when using Linux.

The Bottom Line
Elementary OS Freya is a worthy successor to the last version, Luna and it provides one of the easiest to use Linux interfaces available. Though there are still quite a few customization options, they are limited when compared to other, more open interfaces and it remains to be seen if long time Linux users will adapt to these changes and adopt this prettier computing experience. While you can install anything you desire, there are still only a few applications built from the ground up to provide a truly seamless experience. For users new to the Linux environment, elementary OS Freya is hands down the very best distribution to choose as it provides an interface more like Windows and Mac than anything else available.