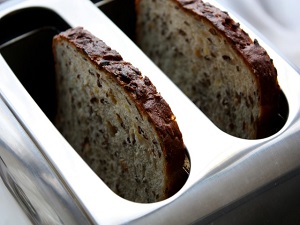 During the furor over the NSA spy scandal, it was revealed that the technology in most people’s microwave ovens could be used to spy on them. Then comes the Internet of Things (IoT); a step forward in technology that will both make living easier and provide more information to consumers through the Internet, but which at the same time can be used to intrude on the privacy of millions of Americans. The current estimate is that only 3 percent of Americans purchase smart appliances at the moment, but that number is expected to grow to about 14 percent over the next 5 years.

One of the hottest debates is the effect which introducing smart appliances into the culture on a broad scale will have on the state of personal privacy in America. Voluntarily giving our data to companies when registering for web site access or when filling out a survey makes many Americans uncomfortable, but they are willing to trade off a bit of their privacy for potentially better service or a better quality product.

However they do not like the government invading their privacy, nor do they appreciate companies who are careless with the information they voluntarily give up. Privacy is very much a unique American right, though contrarian arguments suggest there is no such government responsibility or Constitutional mandate that suggests privacy of any type is a right.

The issue behind the issue is that the Internet of Things is coming, and has been adopted around the world without much discussion about privacy. This means companies that export products to the United States are more likely to invest their corporate futures in smart appliances. Of the roughly 8 billion people in the world, only 330 million live in America. As consumer oriented as the economy is, large multinational manufacturers are not likely to cater to the privacy concerns of what ends up being a relatively small percentage of the world’s population.

What has not been made clear is the advantage of adopting smart appliances for the consumer. The benefits to the companies and distributors are obvious, but other than being a trendy fad or bringing some small informational value to the user, it is hard to find a good financial or personal reason why Americans should adopt the IoT technology. In a disposable society, tracking the product expiration date is not likely to be very meaningful to the average person, while expiration dates on foods are a minor concern. Studies indicate Americans throw more than 400 pounds of food a year into the garbage for one reason or another.

Government can require certain products to have smart features in order to be sold in the United States. This approach would likely include the issue of consumer safety. This leaves an opening for IoT adoption to take hold, and perhaps when consumers get comfortable with the new technology the fear of privacy will dissipate. Also, privacy safeguards can be put in place, limiting technology’s ability to be used in people’s homes. This seems an unlikely scenario given the current level of mistrust between citizens, the government, and big business.

History indicates that when it comes to technology over the last three decades, there is an initial resistance before a younger generation begins to accept technology as part of their daily lives. With the baby boomer era coming to an end, resistance levels are likely to drop as digital natives, those who grew up with the new technologies, become the majority. Small appliances and 60 inch Smartscreens will be as common as windows in a house in a few years. Welcome to the revolution.