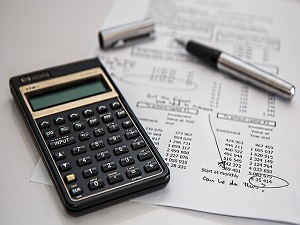 Amazon.com, once the chief place to purchase goods while avoiding local government sales tax, has now begun collecting sales tax for two more states bringing the total states it collects the levy for up to twenty three. With this addition, approximately 69% of Americans are now subject to the local sales tax rates of the states in which they live. This brings the total to 219 million Americans that are now subject to state sales tax charges when they shop on Amazon.com.

This marks a huge change for the online retail giant that once protected its customers from the sales tax and viewed it as a competitive advantage over traditional brick and mortar rivals. Indeed it was a real advantage as more and more customers flocked to the retailer to avoid the sometimes hefty sales tax charges in their states, and Amazon saw record growth of their business during this balmy period.

Amazon At A Disadvantage?

Now, Amazon feels they are disadvantaged when compared to their other online rivals such as eBay and Overstock, as they do not charge sales tax. This is mainly due to a 1992 Supreme Court Ruling that that allows states to assess the tax on any retailer with operations in the state. Some states have even interpreted this ruling to mean partners as well. With Amazon’s vast business spread across the United States it is difficult to find a state in which Amazon doesn’t have a presence, therefore more and more Americans are now having to pay the local state taxes when shopping at Amazon.com. Because of this, Amazon now supports a federal bill that will widen the states’ authority to collect sales tax in the hopes of evening the playing field with their other large online rivals.

While your state may not be on the list as of yet, it should be noted that South Carolina will begin collecting taxes from Amazon in 2016 and as Amazon builds more and more warehouses across the country to improve shipping times you can easily expect more names to be added to this list in the future. For example, Amazon is seeking to add a data center in Ohio for its growing web services division, which could mean an additional 11.6 million Americans will have to pay sales tax.

States Say They Need The Cash

As more and more people shop online for their goods and services, traditional brick and mortar stores in various states have found themselves at a disadvantage and many over the years have closed their doors simply because they couldn’t keep with the giants such as Amazon and eBay.

The states, however, are still required to provide services for their citizens and have had to continue to fund these services even if there aren’t as many traditional methods left to collect sales tax. Because of this, more states have begun to force online retailers to levy the sales tax for their states so the state coffers don’t run dry.

Going forward, you can expect more states to begin to collect sales tax from Amazon and other online vendors so the states can simply keep their doors open as people work and shop.