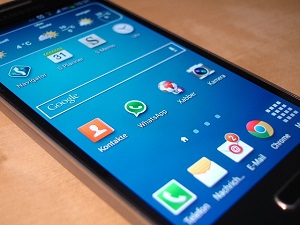 Innovation is the key to success, and with the rapidly-expanding technology market, many companies are seeking to leave their mark on the tablet and smartphone worlds. This innovation has led to the release of something that is affectionately referred to as the “phablet”. However, just because something is new or novel doesn’t mean it is necessary or will be successful. Will the latest set of big-screen smartphone devices truly catch on and enjoy long term growth or will the phablet fizzle before it gets off the ground?

What Is A Phablet?

The term phablet has been regularly thrown around since 2010 but truly started to gain traction in 2012. Still, there are many consumers that don’t know what a phablet is. The term comes from a combination of the words “phone” and “tablet”. A phablet is typically a smartphone that come in sizes ranging from 5.5-inches to 7-inches. These devices function just like a traditional smartphone but come with larger screens for a more tablet-like user experience.

A Look At The Numbers

The phablet market began picking up speed in 2012, and in that short time it has already put a dent in the 7-inch-tablet markets. IDC predicts phablet shipments in 2014 to reach 175 million units worldwide, surpassing the portable PC market by five million. From the IDC’s September press release, Melissa Chau commented on the shift to bigger screens, “… we anticipate even more attention on phablets as larger-screen smartphones become the new norm. IDC expects phablets to grow from 14.0% of the worldwide smartphone market in 2014 to 32.2% in 2018.”

At first glance these numbers might be surprising, however more and more users are seeking one device to handle all of their mobile needs. These users most often choose a phablet as it can easily handle traditional smartphone features as well as offering more processing power, better battery life and the larger screen sizes that are perfect for watching videos, playing games, and reading e-books.

While consumers are increasingly converting to the phablet devices, they have yet to take off with businesses even though the devices offer feature sets that could become attractive to enterprises. For example, the larger screens can provide salespeople with the screen sizes they need for more effective communication between clients and their company. They could allow companies to cut costs by no longer offering their employees both a tablet and a smartphone and opting for a phablet to handle all of their needs when they are on the road.

While enterprise-level organizations have been slow to adopt the new devices, as more and more consumers begin to switch to these large smartphones, more and more businesses will begin adopting phablets as they try to remain relevant and go where their customers are.

While the term phablet might be in danger, it seems that more and more consumers are flocking to the larger-screen smartphones that can handle all of their mobile needs. These larger devices remain small enough to be easily portable while still offering larger screens that allow them to function as both a smartphone and a tablet. The phablet has already begun to eat into the 7-inch-tablet market and is only expected to grow in popularity over the next three years.