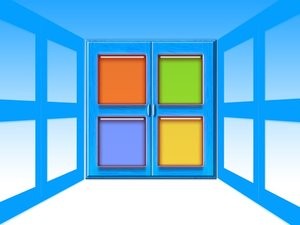 Microsoft has announced that it has ended the free support for Windows 7 beginning in January. This free support allowed many users to get the help they needed with problems on Windows 7. Now, this service will not be available, although you can still get help as long as you are willing to pay for it.
Continued Popularity
Windows 7 remains as one of the top operating systems in use across the world. When it was initially released, it provided a more stable environment compared to Windows Vista along with a much more updated and more modern look when compared to the aging Windows XP. In its first six months on the market, Windows 7 sold approximately 100 million copies and it is still leading the pack today with experts estimating it is currently running close to half of the PCs in the world.

Security Concerns
In today’s world with headlines continuing to bring news of new hacks of both individuals and businesses, everyone is worried about security. However, users of the operating system have little to worry about, at least for now. You can no longer call Microsoft and get help with the operating system at no charge, and there will not be much chance of any more service packs containing upgrades and fixes to the OS. However, Microsoft will continue to release security updates for Windows 7 for quite some time. This means that you don’t have to upgrade if you don’t want to and you can still be sure that your computer will remain safe, providing you keep running the latest updates from Microsoft when they are released.

What it Means for Business
Windows 7 remains one of the most popular operating systems with most businesses shunning the new interface of Windows 8 altogether. Most business users, in fact, have stayed away from Windows 8, with many companies delaying planned upgrades because of their dislike for Microsoft’s latest operating system. Windows 10 is on the horizon, but it won’t be released for some time. Business professionals need to make sure their systems will continue to function until Windows 10 has been released.

The good news is that security updates, as we have already discussed, will not cease any time soon. Microsoft has only cancelled its free support of Windows 7, meaning that you can still purchase support packages from Microsoft to gain access to support of the software. For now, at least, nothing really has to change in your office if you are not ready for the change. Just keep in mind that you may have to pay for your next support call regarding Windows 7.

Final Thoughts
Windows 7 was released in 2009, which gives this operating system a pretty long life already. Microsoft would like all users to migrate to Windows 8 and, eventually, Windows 10. If you are not ready to upgrade yet, all is not lost. You can continue to use Windows 7 safely and pay for any technical support for Windows 7 that you may need if it does become necessary. The popularity of Windows 7 is not slowing down anytime soon, and many businesses are simply in a holding pattern with their technology upgrades as they wait for the release of Windows 10, which promises to bring back what many love about Windows 7, making it a viable upgrade option for business.