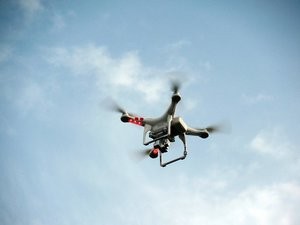 The drones are coming. The FAA has now taken the first step toward making commercial use of drones a viable option. While they have yet to create a set of rules governing their use, they have issued guidelines, and they’ve begun to allow some companies regulatory exemptions so that they can begin experimenting with putting the aircraft into service.

So far, the recommended guidelines are fairly sparse, but they do include details such as a recommendation to fly at an altitude of no more than 400 feet, so as not to interfere with commercial air traffic, and a maximum cargo carriage of 55 pounds.

The Business Case for Drones

Drones cannot and will not replace all forms of shipping, but it’s clear that they could be disruptive to certain segments of that market. Domino’s Pizza, for example, has already begun experimenting with pizza delivery via drone, and Amazon’s Jeff Bezos has been talking about using a drone-based delivery system for many of the products Amazon sells.

There are other business cases to be made for drones. For example, they could be used to replace some security staff at sensitive locations. Obviously some physical security would still be needed, but drones make the ideal monitoring platform. Small, unobtrusive, quiet, and in operation twenty-four hours a day. Even if the use of drones in this case didn’t reduce headcount, it would certainly enhance a security team’s effectiveness.

Drones could also be used for things like building inspections, and even customer service, in cases where a replacement component needed to be delivered to a client or worker in the field.

It’s an important first step, but it is just that – a first step. The FAA will need to issue clear and comprehensive rules so that businesses know what is and is not allowed before you can expect to see mass, rapid adoption of the technology. Even so, estimates are that by 2018 there will be some 7500 commercial drones in the skies.

The two biggest advantages that drones provide to companies are their flexibility and their efficiency. In terms of flexibility, they can be configured for a variety of missions and purposes, especially in cases where it might be physically dangerous to send one of your employees. From a pure liability standpoint, in some cases, it would make much more sense to send a drone, rather than risking the health and/or safety of an employee. In terms of efficiency, here, we’re speaking strictly in terms of overhead cost. If a case can be made in your particular business to use drones for delivery or other tasks, then one of the key drivers of that decision is likely to be cost, as compared to keeping a full time employee in place and paying him or her benefits. Drones don’t get sick and they don’t need time off, except in cases of maintenance.

The bottom line is that while drones may not be a fit for every business, they clearly have a place. Now that the FAA has taken these initial steps, more and more businesses will be taking a hard look at the technology to see where and how it might be deployed.