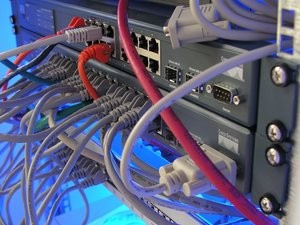 Wi-Fi security has become both a hot topic and a major area of concern for both small businesses and individual consumers. A glance at the list of Wi-Fi connections that pop up on a user’s computer will show varying levels of security and the number of computers that are within range of accessing your computer’s network. There is a lot of common sense advice that is given in the discussion of Wi-Fi security, including avoiding the WEP encryption protocol. Along with some obvious steps, there are some myths that are present as well.

When it comes to Wi-Fi security, one of the biggest myths is that your network can be protected by using an advanced data encryption protocol, such as WPA-2. While this is a good choice for many people, it is not a one size fits all solution. The first reason is that, given enough time, the WPA-2 vulnerabilities can be exploited. If it comes as a surprise to you that an encryption protocol has known weaknesses, then you can add that myth to the list of busted myths. Considering some of the most sophisticated encryption protocols by government and business have been exposed, an average protocol such as WPA-2 is certain to have weaknesses.

This leads to the issue of physical security, which is the simplest way for a hacker to grab the data from your computer without you knowing it. Ask yourself who has physical access to your computer system, whether it is large or small. Small networks are no guarantee that a hacker will avoid choosing your system. In fact, it may be perceived as an easier target because of the lax attitude of the owner.

Earlier we mentioned that a number of networks are often listed that are within range of your computer’s router. If you can see them, they can see you. While there is nothing you can immediately do to prevent someone from sharing the airwaves, you can be aware of the people to whom the network identifiers are connected. Benefit from the axiom that knowledge is power. Be careful that you do not make unjustified presumptions, such as if a router is from a business that it is outside of the zone of suspicion.

Ask yourself what your general neighborhood is like. If people are friendly and you have a pretty good idea of what goes on in the neighborhood, you may discover that others are willing to share their knowledge and experience about Wi-Fi security with you, and in the process let you in on their Wi-Fi identifier. That is one less question to be answered. Trusting everyone is a mistake, though that sounds a bit paranoid. However when it comes to the area of your personal data and the money and trouble it can cost you, it may help to be just paranoid enough to be secure.

Wi-Fi security is largely a matter of trust. Trusting your neighbors, the data encryption protocol, and who has access to your computer network are all common sense and simple ways to secure your system. But like the encryption protocols, there are many technical realities you may be unaware of that will cause you to let down your guard. Do your homework when it comes to securing your Wi-Fi and make sure you realize that these days, almost any system can be compromised.