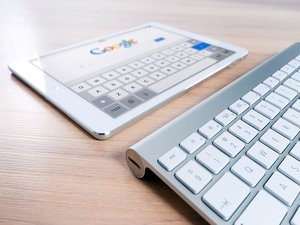 The initial sales pitch for Google Glass, a wearable device that allows the user to search the Internet, make phone calls and take photos and videos, has unofficially been declared dead. The company announced that the device would not be available to the public putting and end to Google Glass in an unceremonious and unexpected way. The company made clear the possibility that the technology would be pursued in the future after further research and testing were done. Nobody knows when that time will come.

Google Glass never really caught on with the public because to begin with it was never truly offered to the public. There were some test cases selectively chosen from a group of techies and Google employees. In reality paying $1500 for a technology that was still a work in progress was too risky even if it was, hypothetically, available to the public.

The general response to Google Glass from average customers that value privacy, which in this case means most Americans; users quickly discovered the price they were paying was far more than the initial $1500. People began to express their displeasure, verbally and physically, while interacting with one of the devices. This was because users never truly knew if their privacy was being violated without them knowing.

Before the Google Glass faux pax the company attempted to take on Facebook with Google Plus, an alternative social media site. Google Plus was a failure, even after forcing existing Gmail users to create a new account to open a Google Plus. This ridiculous policy was withdrawn within months of its launch and though the social media site still exists, it never became the threat it was designed to be for Facebook. Google Glass was intended to enter brand new territory the way Apple, the tech competitor, created new technology markets and products quickly became popular among consumers and businesses alike.

The truth is that Google is giant in the technology landscape, but not so much with people. Google Glass is yet another example of the company trying to make a cultural change the way Apple has consistently done with its innovative products. Google hasn’t found its Steve Jobs, who constantly gave people what they wanted. There may be a place for Google Glass down the road, perhaps in corporate environments that have specific uses for the device and where the environment is controlled rather than public.

Culture changing technologies require that people can look normal and wear technology as an accessory, not a mandatory wearable for the unit to function. Consider Apple’s new iWatch. It is an accessory piece that people wear daily and now it has become a device. From the iPhone, which was just a phone with more gadgets, to the iWatch, which is just a watch with more gadgets, Apple never tried to change the way that the culture normally uses technology. They just made it cooler and better.

Finally, what about the $1500 price tag Google first announced for the Glass? Apple technology is considered to be pricey by many standards. But unless their technology gives its buyers exceptional quality and innovative technology they would never consider $1500 for a wearable device. The best thing about Google technology is that it appeals to people who are less concerned with normal and more concerned with being high tech.