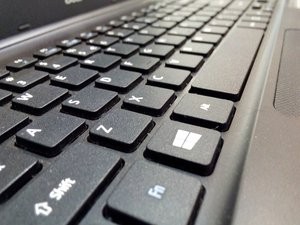 Will Microsoft do it again? The company, in its shift to a mobile strategy, has begun the phasing out of Windows 7. While Windows 7 has been far more successful than its predecessor, Windows Vista, owners of Windows XP were more than a bit furious over Microsoft’s decision to end support of that and essentially force the migration over to Windows 7. It appears the company is headed in the same direction with Windows 7.

One thing that seems clear with the corporate management is that they are out of touch with their average consumer and the trends of the times. They waited far too long to jump into the mobile technology fray and are struggling to gain momentum against the mobile stalwarts of Google and Apple. Their mobile strategy implies yet another admission of falling behind with its recent announcement of abandoning their Internet Explorer browser, a product they went to federal court to defend not very many years ago. They simply do not understand the rationale of their most fervent advocates.

Companies as large as Microsoft have not generated their revenues from single sales to the average, once-every-three-years computer buyer. Corporations and businesses will spend thousands of dollars to upgrade their Windows environments. Once management makes the decision to move forward with Windows or to continue upgrading their existing Windows systems, hundreds and thousands of employees are affected by the decision. Training and retraining are costs most companies are willing to incur to keep both technical and non-technical personnel abreast of the changes to Windows that will affect their day-to-day duties. However, moving away from Windows 7, even in five years, is a change many companies prefer not to consider.

What other companies realize but Microsoft seems to ignore, is that the average user likes the familiarity of Windows. Which brings us to the subject of Windows 10. The initial reviews of the product are fairly good. Once the release is made available to the general public, we will have a better perspective of its strengths and weaknesses. Until then, what is certain is that there are a lot of people happy with Windows 7, especially among desktop and laptop computer users. Should they not be big fans of Windows 10, the planned obsolescence of Windows 7 is likely to draw the same reaction from Windows users as the phasing out of support for Windows XP. If Microsoft thinks the public has forgotten about Windows 8 – we haven’t.

Although many companies change their user interface periodically to the chagrin of their user base, Windows has an established reputation and has established the familiarity of having basically the same interface. Lest we forget about the infamous Windows 8 Start button, Microsoft is not beyond tinkering with its own standards and success. Microsoft has been successful because it managed to combine familiarity with productivity, and its users like the way it works. The planned obsolescence of Windows 7 as a precursor to the expected success of Windows 10 is another risky move by the company. If it does not work out, perhaps we will understand why there is no Windows 7.1.