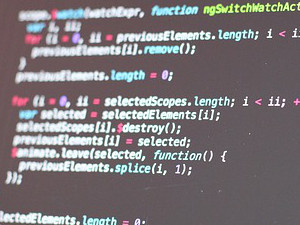 Anyone who’s even loosely associated with the tech industry knows that there’s no such thing as privacy on the web. Most government agencies have, at this point, been hacked. Private companies from banks to insurance firms, with state-of-the art protection have been breached, data stolen, customer trust destroyed.

The independent TOR project, whose primary goal was privacy and security? Hacked. A popular “password safe” service? Hacked. Life Alert, whose stated mission is to protect their customers against identity theft? Hacked so many times they may not even have a virtual lock on their door.

The latest victim in this seemingly unending parade of hacks is a company called “Ashley Madison.” On the surface of it, they’re a dating site, but they’re a dating site that caters specifically to married men and women looking to cheat on their spouses, so not much in the way of actual “dating” going on here.

The problem, of course, is that the people who make use of the site and others like it, rely on, and have a rather special interest in anonymity. The hackers have threatened to release the names and contact information they stole.

Needless to say, that’s had the internet in an uproar the past couple of days, with sites from Reddit to Twitter exploding with speculation. While no one can be certain what the eventual outcome will be, the lesson, as is always the case in situations like these, is clear.

Be very careful with what you put online. Although there’s no such thing as privacy on the internet, there are a number of common sense things you can do to minimize your risks and mitigate any potential damages. Signing up for an account at a site like Ashley Madison likely doesn’t fall into that “safe” category, no matter how much some people wish it did.

Safeguard your data. No one cares about your privacy more than you do, so it’s up to you, both as an individual and as a corporate data steward if you run a business. If your system is breached, it could take years to regain the lost trust of your customers, as one internet dating site is about to discover.