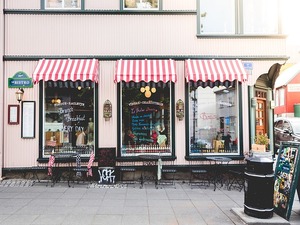 In the United States and many other countries, the small business is at the heart of economic growth and sustainability. Though the definition of a small business may vary, one thing is clear: the number of people employed by them greatly outnumbers that of the largest corporations. With the expansion of the Internet over the last decade, small business is in many cases equivalent to an Internet presence. What followed was the dismantling of many previous myths about small business.

New Technology is too Expensive

Small businesses are generally cash strapped entities in the world of new technology. While access to the Internet is relatively inexpensive, maximizing its potential is a far different matter. Much of the innovation in technology has taken place in the hardware sector, and with that comes a generally hefty price tag in proportion to a small businesses’ ability to invest. For the small business, this used to spell trouble.

A recent study indicated that small businesses are woefully behind in the data security trend, likely in part because of their general lack of concern that their company would be a target for hackers. Another reason is that investing in data security is too expensive. But with the avalanche of customer criticism over the well-known data breaches by major retail companies, the cost of data security has dropped significantly. We are talking here adequate security, not the top notch levels afforded to the corporate giants because, well, small businesses do not need such high levels of security. This is one factor that makes data security affordable – the fact that it is a small business.

There always seems to be a bad reputation associated with younger workers. This is a generational thing, that younger people are lazier and less productive than their parents. The presence of mobile technology has evolved into wearable technology that actually increases productivity for the employee. This is being more adapted by Millennials, and in many cases they are willing to take on the cost of the devices themselves. The only cost to the company is to upgrade their existing network system security and develop a protocol for using the company network, if one is not already in place.

A second dimension of mobile technology is that workers are willing not only to telecommute, saving the company money, but also to work independently after hours provided they have access to the company data via cloud server technology. The cloud has significantly increased employee involvement outside the workplace, to the advantage of the company.

There are many other advantages that the advent of the Internet has brought to dismantling many small business myths. Many of them are measured in dollars, while others involve remaining competitive. Overall, if you have not taken the time to re-evaluate your business profile and determine where old standards and myths are holding back growth, now is the time to do so.