Is Windows 10 Mobile Right For Your Business? 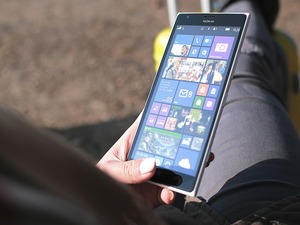 Microsoft is making another play for the mobile market, having recently released the Lumina 950 and 950XL, running on the Windows 10 Mobile platform. Cost wise, they’re a bit more expensive than the products with which they’re competing, which may make them non-starters for some. Additionally, there’s the fact that Microsoft is such a late entrant to the mobile world, this for some may make it too big an inconvenience to switch, but there are at least two features that make Windows 10 Mobile worth considering.

The first is security. Nobody does two-factor authentication like Windows 10. The first factor is the registered and network recognized device itself. If it’s stolen, you can simply take it off the access list, and it won’t be able to connect, regardless. The second factor is the optical reader. Simply looking at the phone is enough to unlock it, which is a big win (it also comes with a thumbprint scanner for those who prefer that). This is a big deal, and is an Enterprise-grade security solution, simply not offered by Android or Apple devices.

The second is, oddly enough, Cortana. Cortana is Windows’ answer to Siri, and the big surprise is, she’s superior in almost every way. Most tellingly is the fact that she’s contextual in nature. For example, if you’ve prompted Cortana to give you a reminder to mention “X” to Bill, the next time you talk to him, when you open your email and address it to Bill, Cortana will pop in with your reminder.

She can also compare your ticket information and calendar entries with real time travel schedules gathered from airport databases to remind you when it’s time to depart for the airport if you’re going on a trip, and keep track of correspondence between you and people you’re meeting with to provide suggestions of data that might be helpful to you when going into a meeting with those same people.

These are significant advantages, and whether more expensive or not, are certainly compelling enough for some to consider making the switch. It all comes down to what you want and need your technology to do for you.