Is Microsoft Forcing Windows 10 On You? 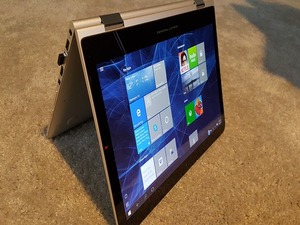 Windows 10 has seen the fastest rate of adoption of any OS in Microsoft’s history. It’s unquestionably a good product, and even better, at least for a limited time, it’s a free product. That’s a hard combination to beat, but for a variety of reasons, some people just don’t want to upgrade, and that’s their choice. A recent change in Microsoft’s strategy, however, will make it increasingly difficult to say no.

The company is moving Windows 10 from a “Recommended Upgrade” to an automatic one. Most people have automatic updates turned on, because this is the mechanism by which they get the latest security patches for their operating systems. By including Windows 10 in this list, you may wake up one morning to find that the latest “update” you got, was a whole new OS you may not have wanted.

That’s problematic for a certain segment of the computing population for a couple of different reasons. First, there are some management issues to contend with when upgrading to a new OS on any given machine. Will all the software that machine uses work with Windows 10? Most software does, because Microsoft has a pretty solid track record of making their operating systems backwards compatible, but as Windows 10 users have been finding out since switching, “most” and “all” are not the same thing. There have been, and will continue to be some software compatibility issues, and if users aren’t prepared, or in a position to handle those, they could find themselves with non-functional software they need to get their work done.

The second issue revolves around users with metered internet access. These users only have so much bandwidth every month, and a staggering 6 Gigabyte upgrade to Windows 10 could push them over their monthly allotment, even if it’s the only thing they do that month. That will either freeze them out of the internet entirely for the rest of the month in which the upgrade occurs, or see them paying exorbitant rates for going over their allotment. Not a good thing in either case.

Unfortunately, the only real solution here is to turn automatic updates off, which is a poor solution, because then you won’t be getting those important security patches to keep your system safe. While Microsoft has been making great strides on the customer service and responsiveness front, this is unquestionably a step backwards for them.