Is Your Smart TV Listening To Your Personal Conversations? 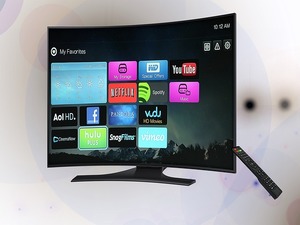 The short answer to the question posed by this article’s title is yes. Yes, your smart TV is listening to your personal conversations. It’s simply a part of the way the technology works. If you spend the money to buy a smart TV, then you’re going to want to use its voice activation features. Unfortunately, the only way to make that work is to allow your voice to be recorded, so the data can be sent to one of the manufacturer’s servers, which provides the software with baselines, so that the TV can begin to recognize the various commands you issue it. One of the side effects of this is, of course, that once the feature is enabled, it’s always on, so anything you say in the general vicinity of your TV will be picked up and sent to the server.

If that sounds Orwellian to you, you’re not alone. In fact, if you compare Samsung’s smart TV privacy policy to the wording of the book 1984, they’re eerily similar. As adoption rates of smart TV technology increase, it raises some important privacy questions. Could one or more law enforcement agencies gain access to these servers? If so, under what circumstances? Is it possible that they’re doing it already?

The answers to these questions matter, because in the United States, the Patriot Act is still in force and in effect, which enables law enforcement officials to, among other things, engage in warrantless wiretapping.

Unfortunately, there’s no way around the issue, except to just say no to smart TV’s. There’s simply no gain in paying a premium for the technology, then disabling it. In the end, it comes down to which you value more: the convenience of voice activation, or keeping your private conversations, private. For almost everyone, the answer to that question is a simple one.