A Number Of Major Manufacturer Laptops May Have Security Risks 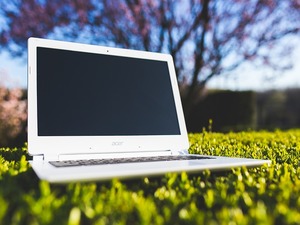 Security firm Duo Security recently published a disturbing report relating to laptop security. It found critical security flaws in laptops produced by five of the largest OEMs: Acer, Asus, Dell, Hewlett-Packard, and Lenovo. If you’ve purchased, and are currently using laptops from these manufacturers, you are potentially at risk.

Specifically, what the security firm found was that the hardware manufacturers didn’t perform a sufficient level of due diligence on the software they pre-loaded onto their machines. Much of the software that comes pre-loaded on these machines is bloatware and riddled with potential security risks. A spokesman for the company reported that in the case on an Asus laptop they were testing, his team was able to gain complete control over the machine in less than ten minutes by targeting and piggybacking on the automatic update feature of the bloated software.

Since the report was published, three of the five manufacturers (Dell, HP, and Lenovo) have already begun addressing the flaws revealed by the report. The fixes being implemented by these companies will help protect purchasers going forward, but if you’ve already got some of these machines in use in your offices, then the company recommends completely wiping them, and installing a clean, bloatware free image before allowing them to remain in service on your network. If you don’t, you run a very real risk of providing hackers with the potential for easy access to your company’s network.

If you are already stretched thin and can’t cope with this, on top of everything else, contact us today, and a member of our team can assess your current needs and provide whatever level of assistance you require. We’ll help make sure that your laptops are as secure as the rest of your equipment, and minimize the risks to your company.