Accounts Hacked – Change Your Password If You Use TeamViewer 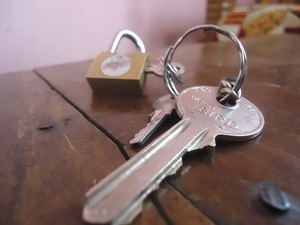 TeamViewer, the company behind a popular remote desktop platform, which allows users to share their screens, access their computers remotely, or participate in online conferences, has been hacked…maybe. A little over a month ago, the company received reports from a cross-section of users who claimed that their accounts had been accessed by unauthorized users.

The company almost immediately issued a statement that no hack had occurred, and was slow to take user claims seriously. Simultaneously with the rise in user complaints, the company’s network was disrupted by a serious DoS (Denial of Service) attack.

Over the next several weeks, the company’s response has changed, both in the face of backlash from their user base, and as more evidence has continued to surface. The company still insists that its networks were not compromised, and that the reported account breaches and the DoS attacks were not related in any way, but now acknowledges that an unspecified number of user accounts were compromised.

The current thinking is that the accounts were compromised using passwords gleaned from the mega-breaches we’ve been hearing about recently, where hundreds of millions of user accounts from LinkedIn, MySpace, Tumblr, and other social media properties. The problem, company spokespeople say, is that a significant percentage of their user base uses the same password across multiple different accounts. If, for example, a LinkedIn user sets his TeamViewer password to match his LinkedIn password, then once a hacker has access to one, he can access the other.

This phenomenon is by no means new, and is a topic that security experts have talked about before at great length. Too many users rely on common passwords that give them access to several of their accounts, and if TeamViewer’s explanation of the account breaches is correct, then it painfully underscores the dangers associated with doing so.

At the end of the day, whether or not TeamViewer’s network was compromised, the core fact remains the same. TeamViewer has confirmed that an unspecified number of user accounts have been compromised. If you have an account on the system, it is recommended that you change your password immediately.